While I was able to get advance tickets to the Van Gogh Museum and the Rijksmuseum, there were no online advance tickets available for the Anne Frank House. From the website, it seemed as though there are only a small number of advance-purchase tickets available to the Anne Frank House for any given day and they sell out well in advance (I didn’t see any tickets available until late May!). Since this is one of the most popular attractions in Amsterdam, I knew we would should expect some high waiting times in line (and, in the days prior to the visit, I saw long lines snaking around the blocks near to the museum).

The House opened at 9:00am, so Noah and I got to the line at about 8:30 – there were already over 100 people in front of us (yes, that is the line snaking up the block and curving to the right): 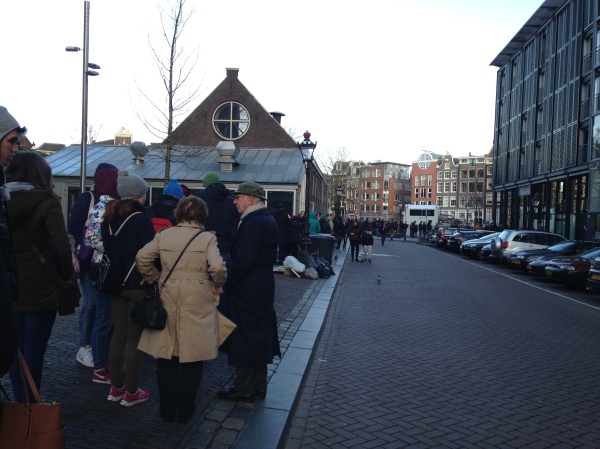 Within the next half hour before the museum opened, the line increased to a few hundred (I couldn’t even see the end!): 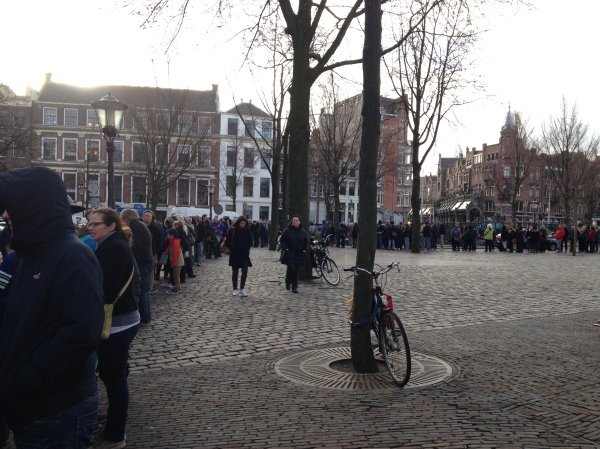 Holy cow – this was quite the line! We waited close to two hours in line before getting into the museum…good thing I brought my book! Inside the House, no photos were allowed, and it was very crowded. Basically, everyone walked through the rooms in a line, reading the information on the walls and looking at some of the artifacts on display. It was definitely a worthwhile visit, and I found it particularly interesting to see who was in the crowd of visitors. The Diary of Anne Frank is the Holocaust book that has achieved the greatest degree of worldwide popularity, and as such it seems to have become a symbol and point of connection to the Holocaust within communities and people that might not generally have much in the way of Holocaust education and exposure. As someone who has had a higher degree of Holocaust education (and especially after my Heritage Seminars trip to Poland in January), I found it very interesting to see the difference in people and feeling at the Anne Frank House.

After the museum, Noah and I visited the Amsterdam City Museum. This museum is enormous – something we unfortunately didn’t realize until we were already there. The museum includes a ‘DNA’ exhibit where visitors can learn about the basic history and ‘makeup’ of Amsterdam: 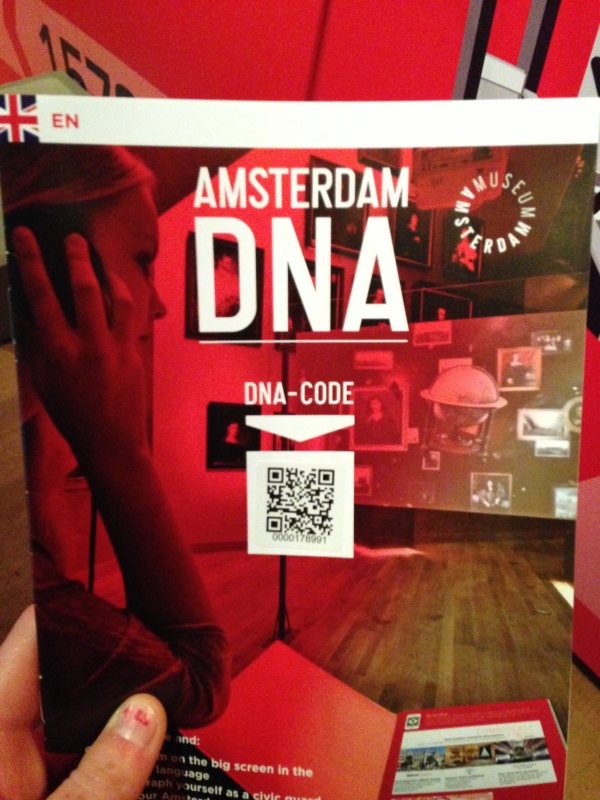 Beyond the DNA exhibit, there are exhibits on art, culture, and social movements throughout essentially all of Amsterdam’s history. We were disappointed we didn’t realize how large and thorough the museum was before going because we timed the visit in such a way that we were tired after only an hour or so there – I felt like it could have taken half a day at least to see everything! 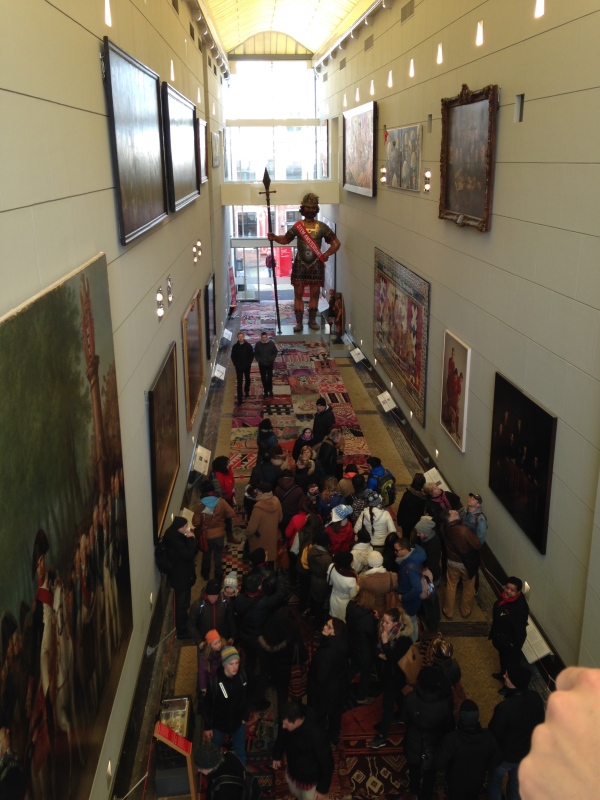 Before too long we left to rejuvenate with lunch at the Luxembourg Cafe (my burger was great!): 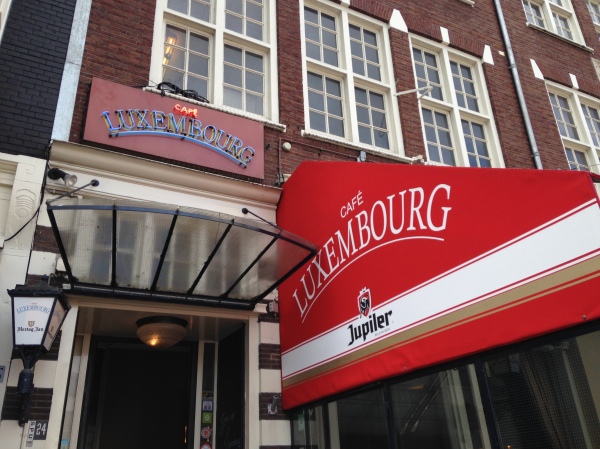 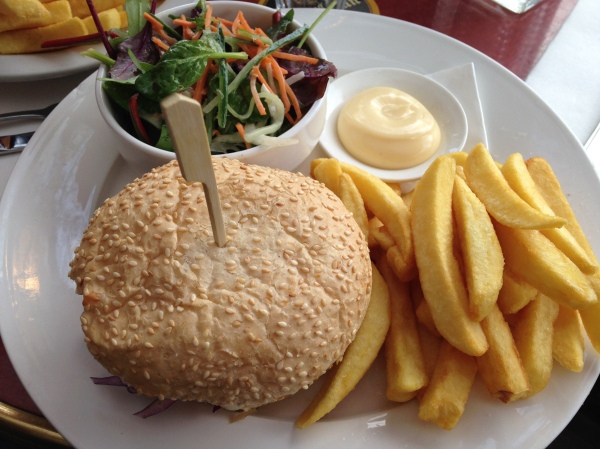 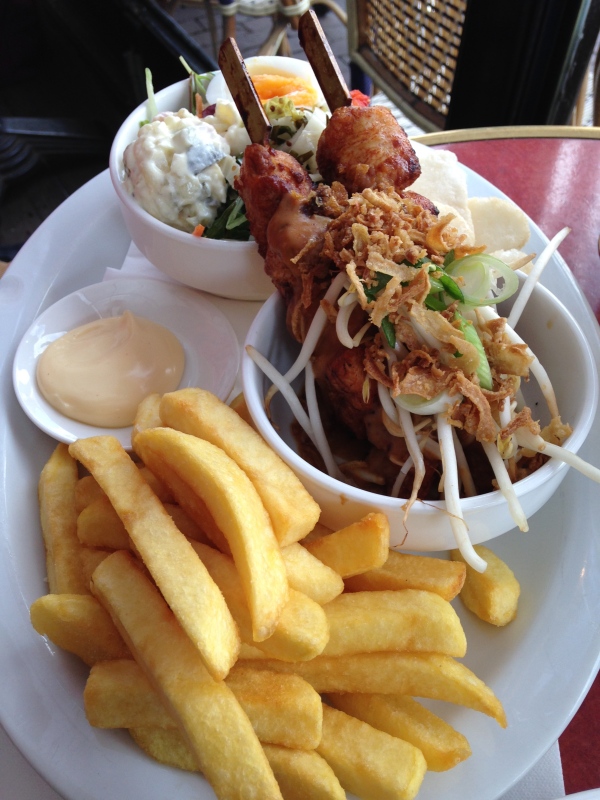 A complete pick-me-up wasn’t complete though until post-coffee. Coffeecompany is a chain around Amsterdam, and the swanky looking interior caught my eye: 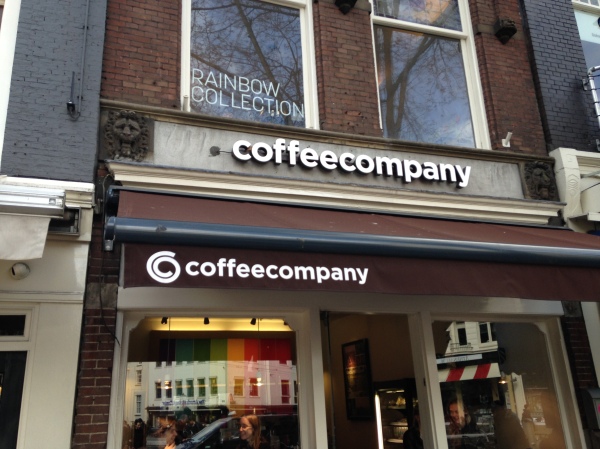 It turned out this was a very nice coffeeshop – high quality espresso, freshly brewed coffee for each order, and some interesting espresso drinks (like a more authentic version of the flat white – Starbuck’s new menu addition). I ordered a regular coffee which was brewed in front of me using an aeropress: 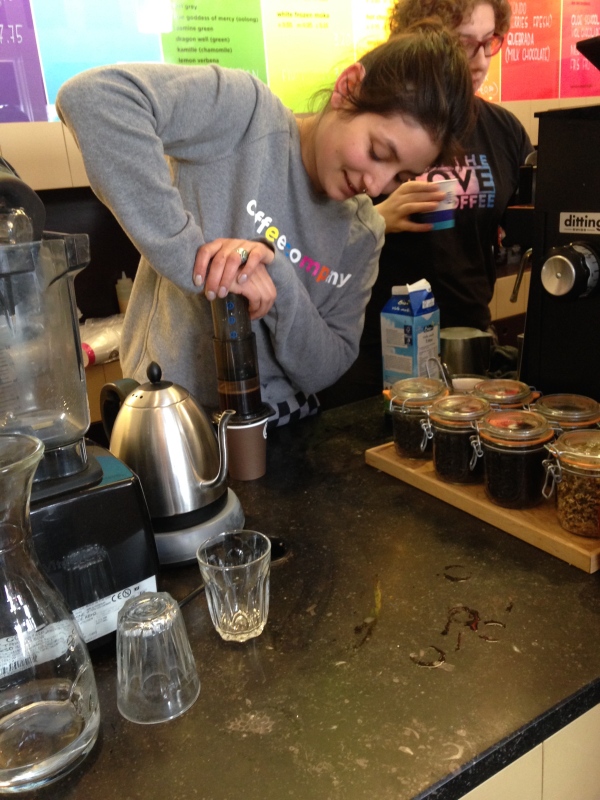 After coffee and lunch, we did some sightseeing around Dam Square. Dam Square is in the center of the city and derives its name from the fact that it was at this location that the Amstel River was dammed and, thus, Amsterdam was created – originally, Amstelredam. Today, the square is bordered by some pretty impressive buildings. Most namely, the Nieuwe Kerk (Amsterdam’s principal church when it was built in the early 15th-century): 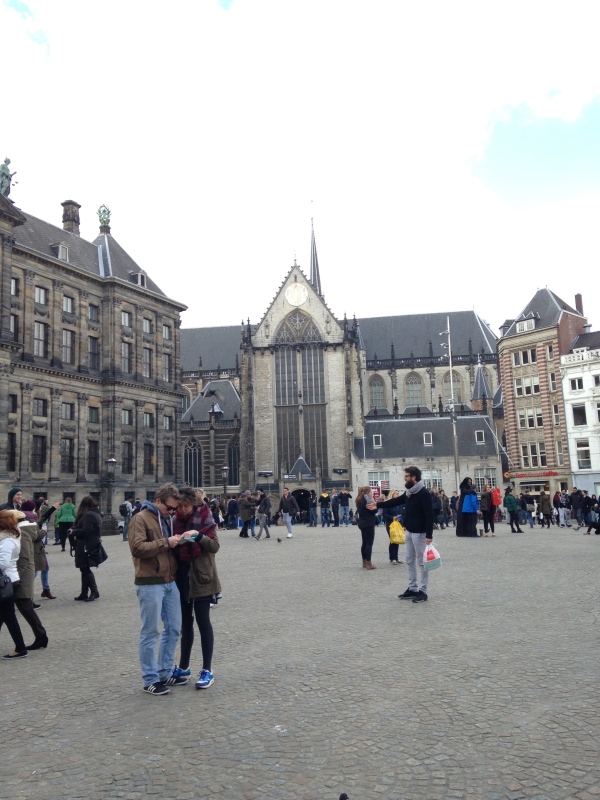 And the Koninklijk Paleis: 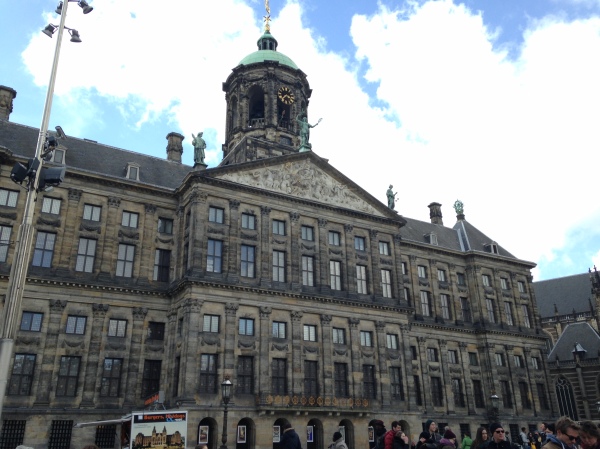 This building’s current name (Palace), however, is slightly misleading because the building was originally built to be the city’s town hall and didn’t have any royal occupants until the French occupation of the city (1795-1813).

From Dam Square, Noah and I ventured further into the city center to see the Oude Kerk and have a peek into the Red Light District. The Oude Kerk is one of the city’s most beautiful churches…and it happens to be right in the middle of the Red Light District. The church has been here since the mid-13th century and became something of a pilgrimage site after there was a purported miracle that occurred here. The story of the miracle is as follows: a dying man took communion here and threw up his Host. When it was thrown up, the cracker was thrown onto a fire, but it didn’t burn up. The un-burned cracker was then put on display and people would come to see it – hence, pilgrimage site. 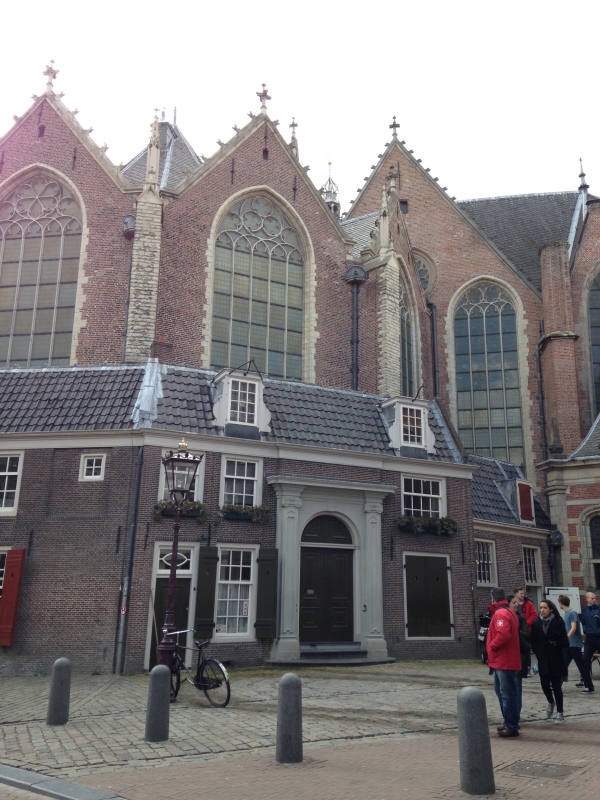 The church was quite impressive, but I felt most of place’s spirituality was dampened through distraction from the rest of the environs: 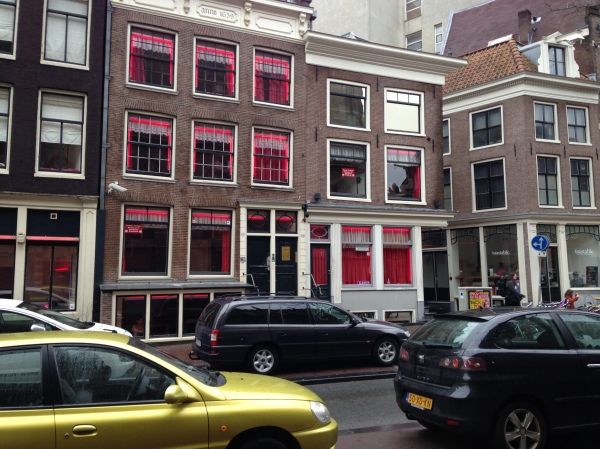 After the Oude Kerk and Red Light District, we walked to Vondelpark, Amsterdam’s largest green area, to relax and stroll around a bit before dinner: 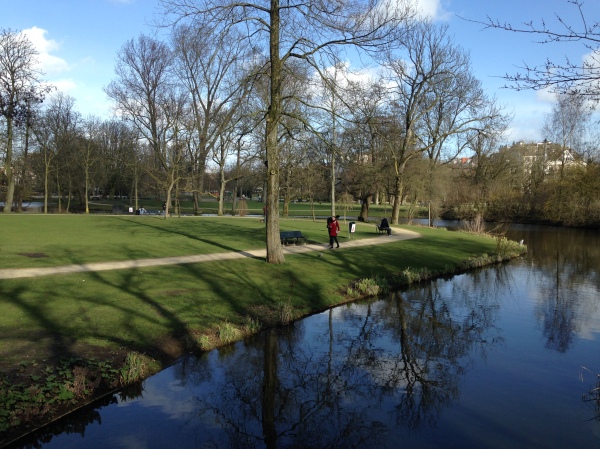 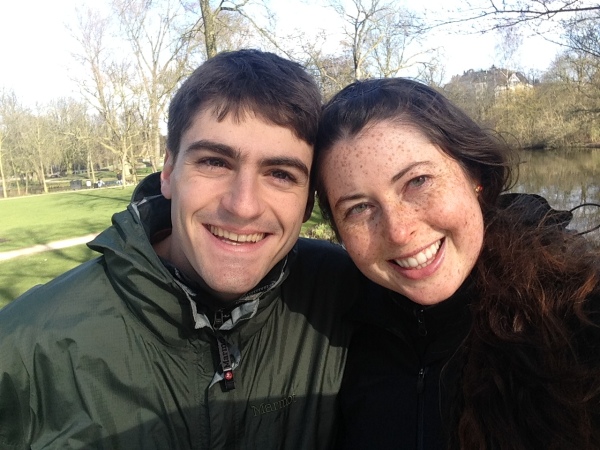 On Saturday night (two nights before), Noah and I had tried to go to Moeders one of the [few] Dutch restaurants recommended in our guide book. Unfortunately, when we got there we were told that they were totally booked. I called later to make a reservation and they didn’t have any availability for two days (!), so I made a booking on the only available night. If difficulty to get a table corresponds to quality of food, then this place must be pretty good!

The environment at Moeders is a lot of fun (the name means ‘mothers,’ and the walls are covered with pictures of peoples mothers! 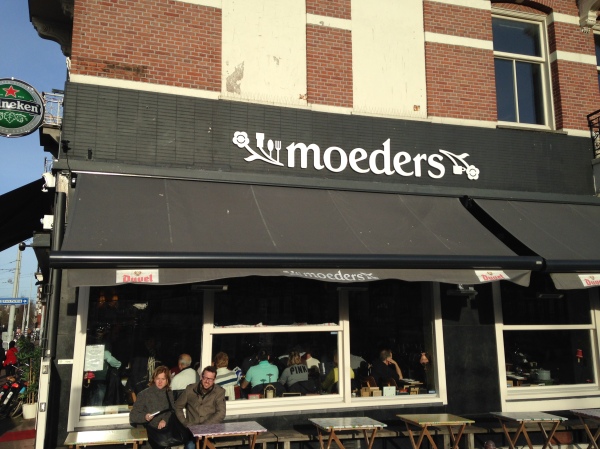 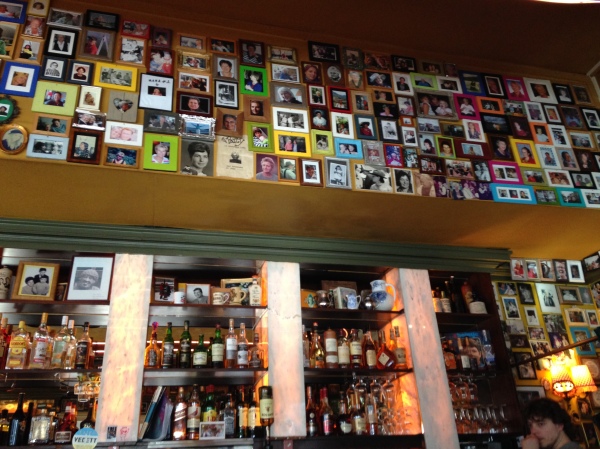 Noah ordered a fish special and I ordered vegetarian hotchpotch – a Dutch dish made with mashed potatoes, veggies and cheese: 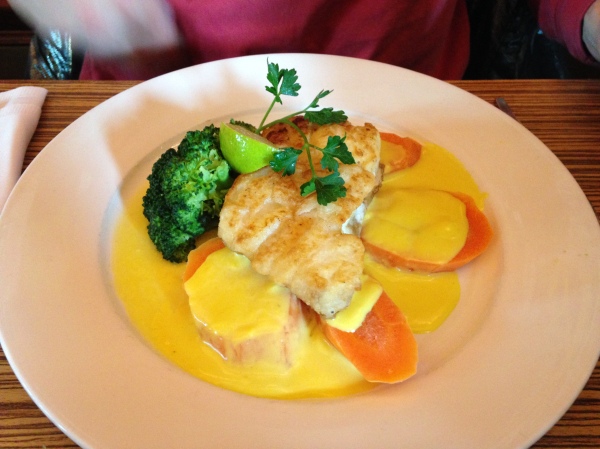 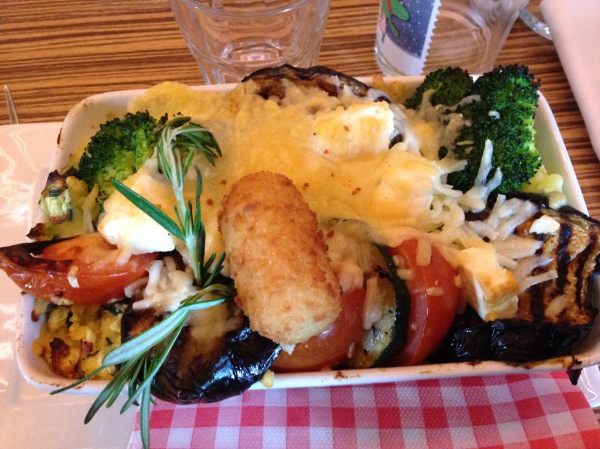 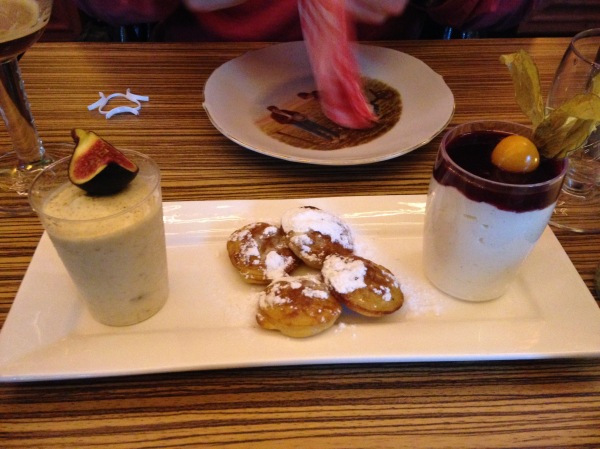 Coming soon…a recap of our last day in the Netherlands and a trip to Rotterdam!