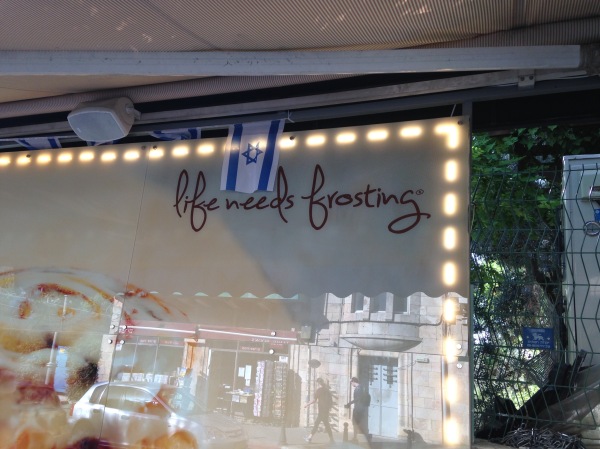 Here’s a quick recap of some of my [relatively] recents adventures with sweet things.

YOLO is taking Jerusalem by storm. I bought a couple containers of YOLO at the store a while ago because I thought it was hilariously named. When I bought it, I thought it was just a coincidence that the name of this pudding-like dessert cup was the same as the trendy hashtag acronym ‘you only live once’. #YOLO. Hence, why I found this pudding cup humorous. 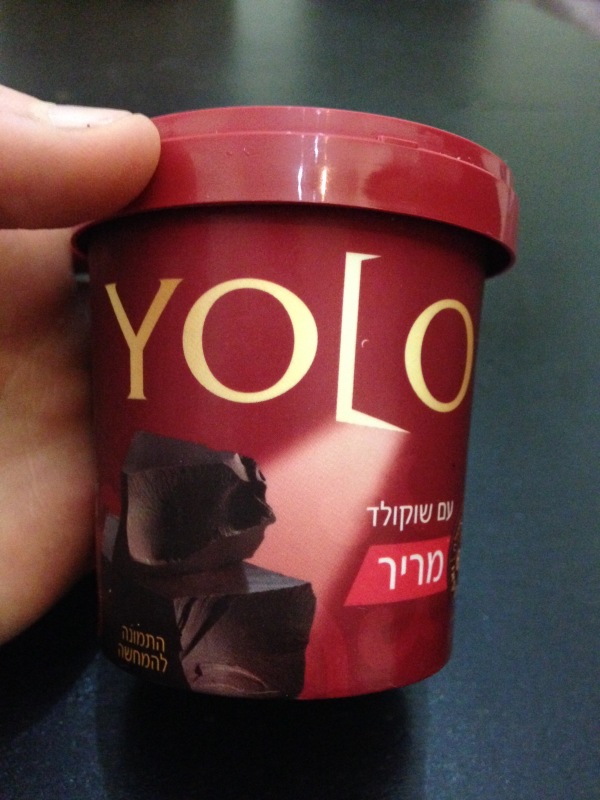 Noah and I weren’t a huge fan of YOLO, but it seems to be on quite the marketing campaign as we saw hundreds of YOLOs being handed out for free last week at the Tahana Rishona.

The more exciting “frostings” in my life, however, have come in the form of waffles! I’ve posted about the dessert waffle situation in Israel previously. For those who missed it, basically warm waffles covered in ice cream, whipped cream, and various candy/chocolate/fruity toppings are a popular decadence around these parts. These sorts of waffles can be found on many dessert menus at various restaurants (such as the waffle we had at Landwer), and there are some big chains that focus on waffles (but still serve other foods). One of such chains is Waffle Bar which I talked about in my last post, and the other major chain is Waffle Factory which Noah and I visited more recently:

I think I liked the waffle at Waffle Factory a little better than the one at Waffle Bar (and Waffle Factory has a really fun menu where you can custom order your waffle by choosing a certain number of components from the ‘wet’ and ‘dry’ toppings categories).

Any waffle covered in sweet sauce and ice cream will most likely be delicious, so I don’t know that there’s too much sense in ranking them….
That said, people still often talk about Babette near Ben Yehuda as being among the top waffle options. It’s a small, independent, one-location shop, and I think those factors contribute to the favoritism over some of the other waffle restaurants. 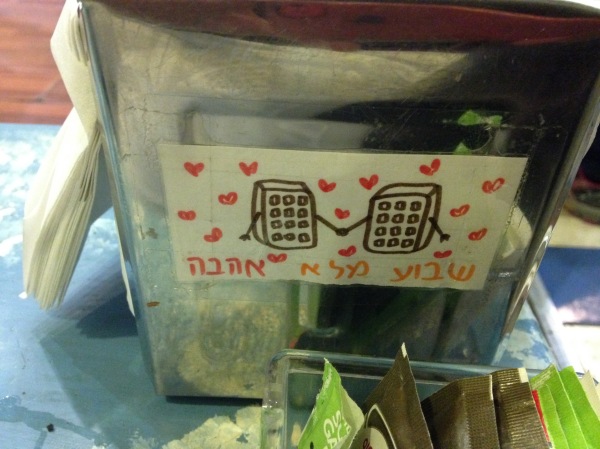 Like Waffle Factory, you could choose exactly what you wanted on your waffle at Babette, although you could also select from a menu of suggested waffle-types. The thing that I really liked at Babette is that you could order your waffle ‘half and half,’ meaning two people could share a waffle and each order exactly what they want on their own half. This was particularly good for Noah and me because Noah is more of a fruit person while I’m partial to [as much] chocolate [as possible]. Somehow we manage to stay together. 😉 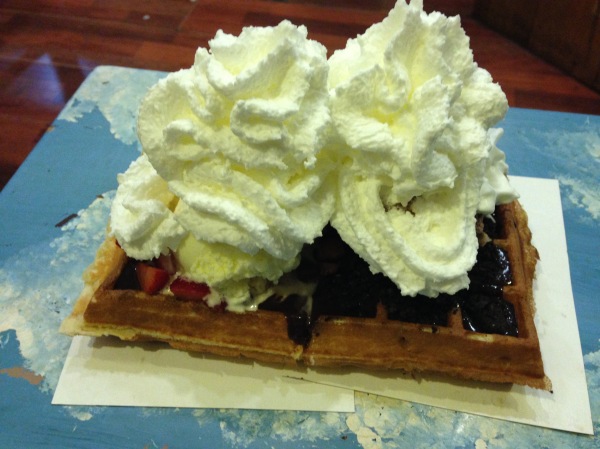 This waffle was good but difficult to eat because it did not come on a plate (only the flimsy cardboard sheets that people eat pizza off of here) and the only utensil was a spoon. A+ for waffle quality, C- for ability to not get waffle all over your face.