I love risotto, but I almost never make it because I rarely have arborio rice on hand. I almost always, however, have brown rice on hand, so I decided to make a wannabe risotto of my own creation.

Risotto purists would say this dish bears nothing in common with true risotto because it lacks the incredible creaminess that can only be created by the slow cooking of arborio rice. To them, I say, “try this!”

I started with one cup dry brown basmati rice cooked in two cups water for about 45 minutes:

I added 1 and 1/2 cups of vegetable broth and let heat while I started to steam a half head of cauliflower:

After a few minutes of letting the broth heat, I added 1 cup of pumpkin puree to the rice:

After the cauliflower was soft, I added it to the rice and let heat, covered for about 10 minutes:

This dish was great and made about 4 servings. It is definitely best served warm, although I had it cold a couple days for lunch.

After whipping this up for dinner, I had big plans to go to the theater. The Orpheum is Minneapolis’ venue for touring Broadway shows, and for the last two years I’ve had season tickets and LOVE IT! There are about 6 shows each year, and I look forward to each one. Last week, the Orpheum was showing Once, a musical about a Scottish musician who repairs his broken heart and gets his big musical break by befriending a Czech woman. 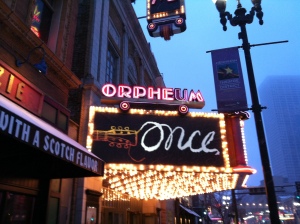 The inside of the Orpheum is beautiful, and I had great seats only about 20 rows from the stage:

And no, that is not an illegal picture taken during the show. One of the most unique things about this performance was that the curtain never closed and there were always actors on stage! Additionally, the actors themselves formed the band for the show, and every actor had an instrument that they used both within character and on the side stage as part of a band. As people filed in to take their seats, the whole cast was onstage playing music and singing. At intermission, the audience was invited to go onstage and look at the set.

I loved the show and thought the music was great. I was also super impressed how the actors sang, played their instruments, and stayed so in character the whole time. If you have a chance to see Once, I would definitely recommend it!

I have a totally phenomenal brother. He is smart, funny, loving, and an excellent role model for not stressing the small things.

We used to wrestle a lot, but then he got bigger than me and I had to put an end to that. Baby boy grew up: 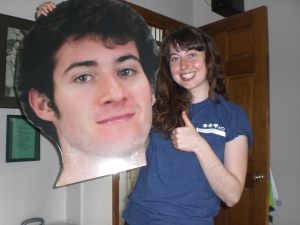 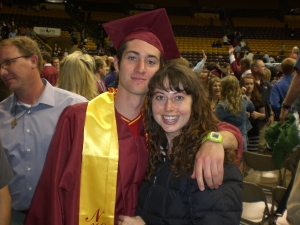 Last week, I had one day with my brother all to myself in Minneapolis, so I had to show him how cool I am by bringing him around to do lots of fun stuff. Here’s what to do with your baby brother for one day in the Minneapple….

1. Go to the Electric Fetus

The Electric Fetus is first and foremost a music store. They have LPs and CDs from pretty much any artist you can imagine. If you’re overwhelmed by the selection, there is always a music expert working at the music desk to help you. 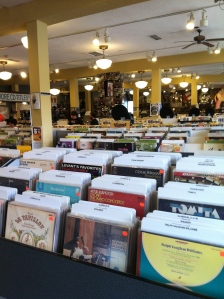 Although music is the main appeal, the store also sells a little bit of pretty much everything else. 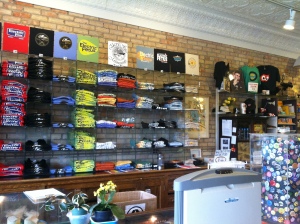 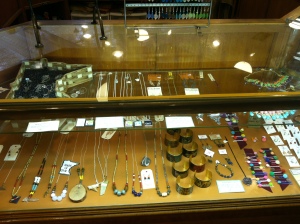 And a healthy selection of the most random stuff you have ever seen: 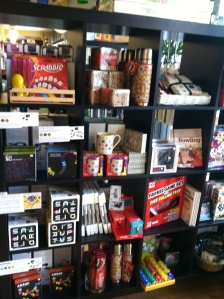 With so many awesome restaurants in the area, it was tough to choose a lunch spot, but we settled on the award-winning Latin Fusion restaurant, Cafe Ena. In south Minneapolis at the intersection of 46th and Grand, Cafe Ena is super yum. I didn’t try it myself, but I hear their guacamole is to die for. We ordered a horchata to try (mainly since neither of us had tried one before):

Horchata is a traditional Spanish beverage made from ground almonds (similar to almond milk plus extra spices). For the meal, I ordered a chicken curry dish:

and the bro ordered a jerk chicken sandwich on telera bread: 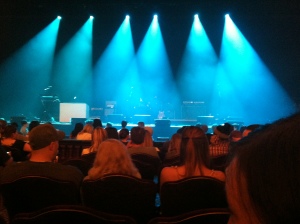 Vampire Weekend was playing at the Orpheum. Enough said.

So there you have it. I am officially a super cool sister.

Tonight was the third show in my 2012-2013 Orpheum Season Package. I must admit, ‘Priscilla: Queen of the Desert’ wasn’t one of the shows on this year’s docket that I was most excited about. I saw the movie years ago, and pretty all I remembered from it was a scene with ping pong balls (anyone know what I’m saying?). I can’t say that I loved the show, but it definitely exceeded my expectations. Its message of acceptance and love was touching, and I have a soft spot for any show to which cult fans show up in costume (even if those in costume at this particular show shocked me into wondering if I had accidentally walked into The Saloon across the street!). Overall, I would say it’s a sweet show, but save your money for ‘The Book of Mormon.’ 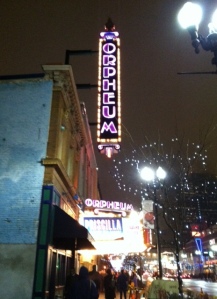