Several weeks ago (yes, I’m way behind on this post!), Noah and I went with Pardes on a 3-day tiyul to northern Israel. We were in the Golan and Upper Galilee region, and the surroundings were a huge difference from the last Pardes tiyul we went on to the southern Negev!

The trip started with a visit to the Jordan River where Yehoshua entered the land of Israel with the Israelite people (shortly after Moses’ death, at which time Yehoshua became the new Jewish leader). The glory of the Jordan River has definitely faded since those years… 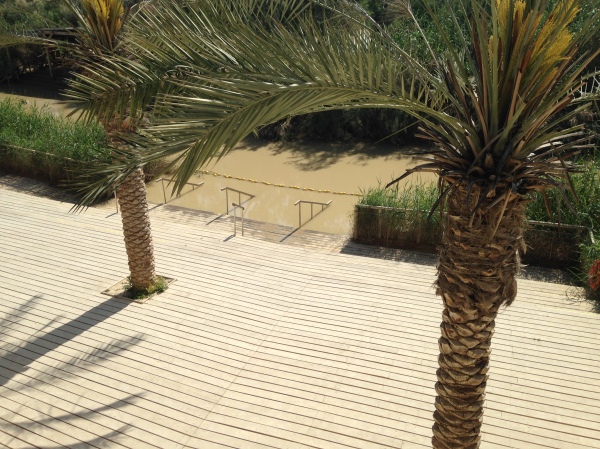 You see the other side of the river? That’s Jordan! Yep, we were real close. 🙂 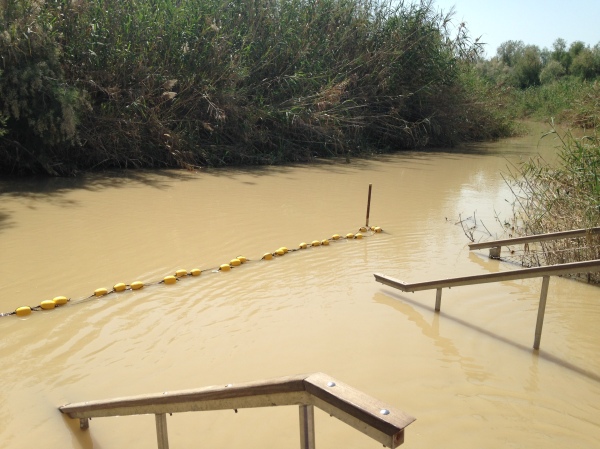 Despite the river itself having become relatively small, it’s still a very interesting historical and spiritual location. It’s also somewhat of a pilgrimage site for Christians because it is the site of Jesus’ bastism. We saw a lot of Christian tourists going for a dip of their own: 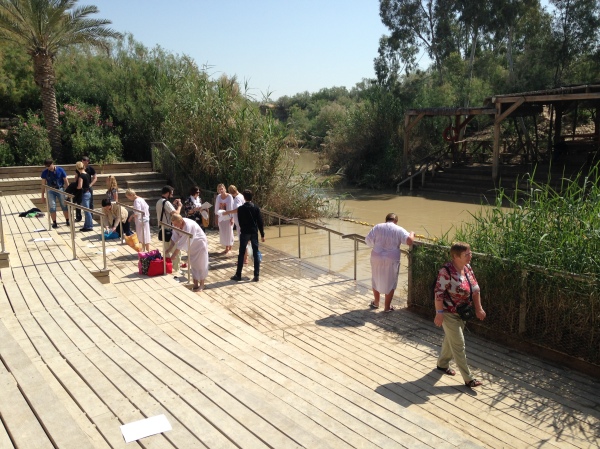 After the river visit, we went on a long hike at Nahal El-Al. 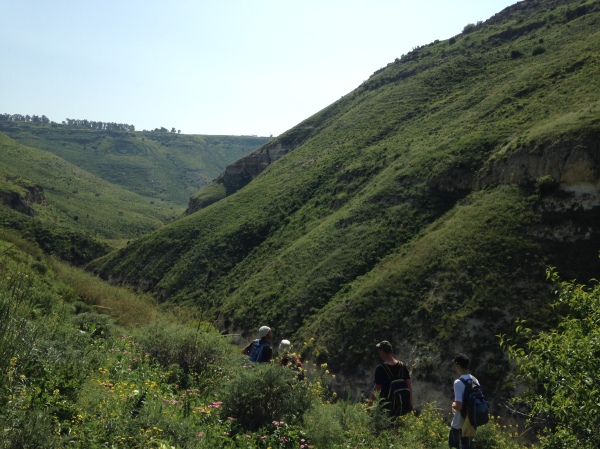 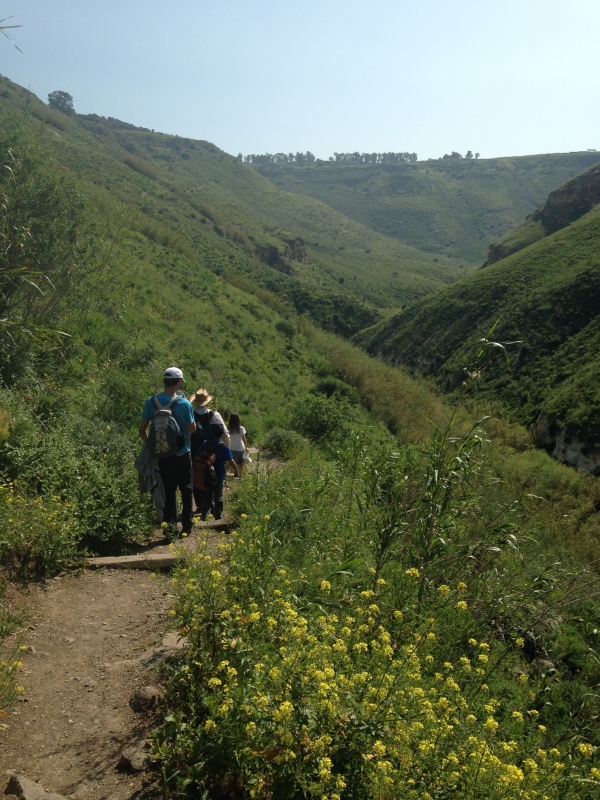 Along the hike, there were two waterfall locations where some people went for a swim! 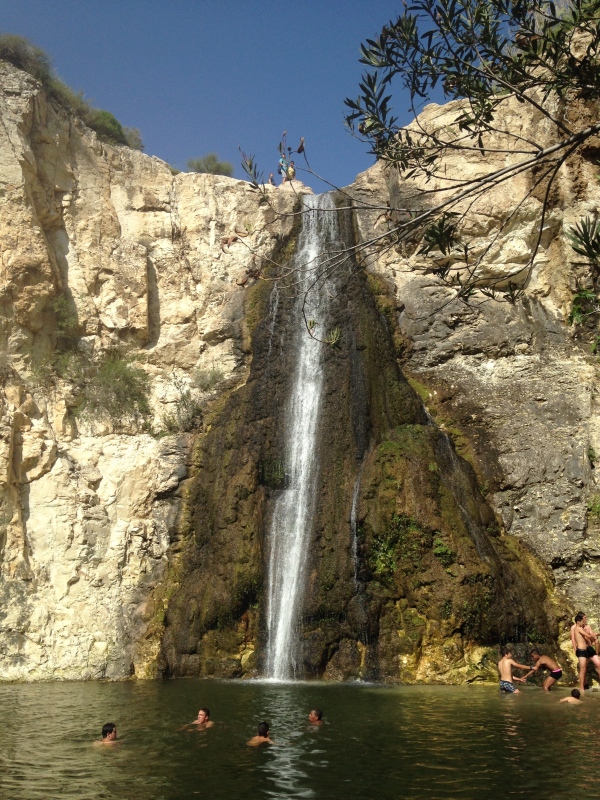 The hike took about 4 hours, and we had a great time! 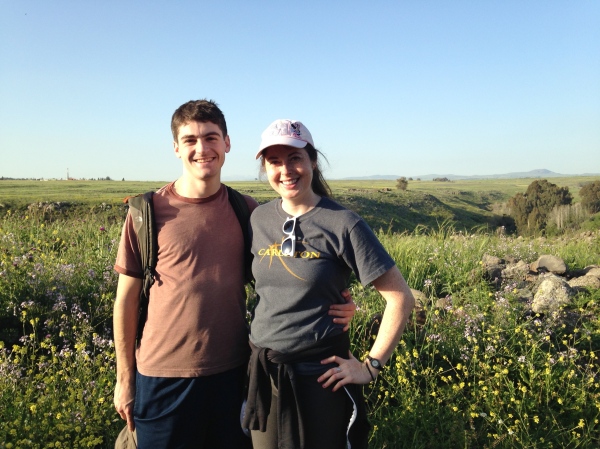 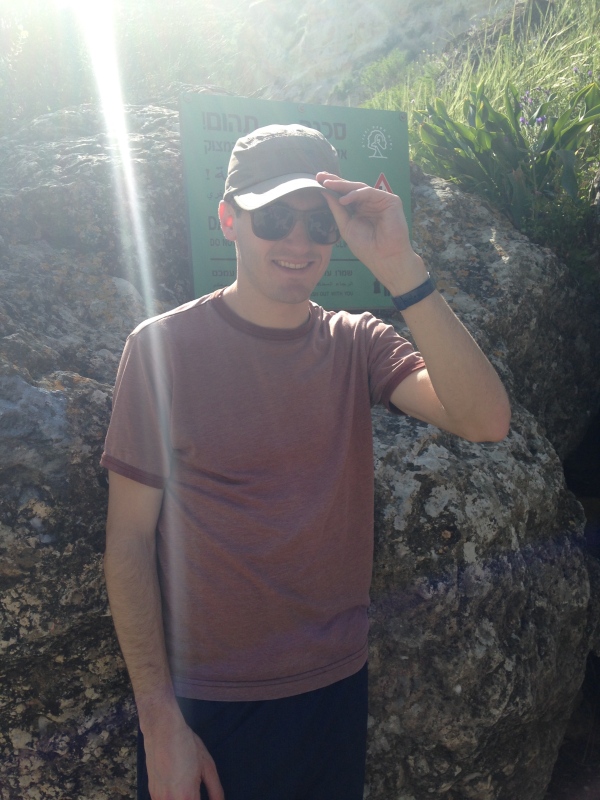 After the hike, the group made a final stop at Mitzpeh Gadot, the location of an abandoned Syrian bunker that was captured by the Israeli army during the Six Day War. 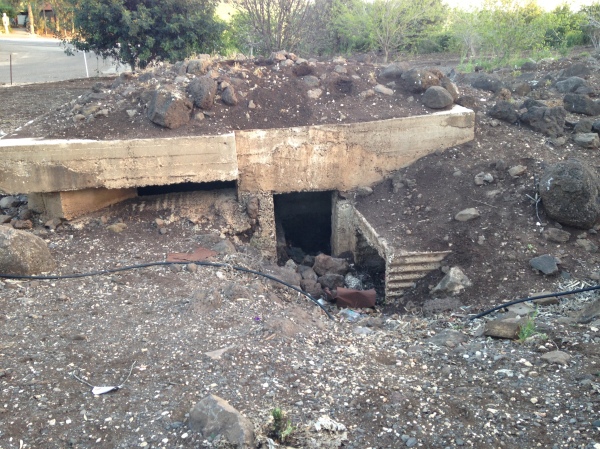 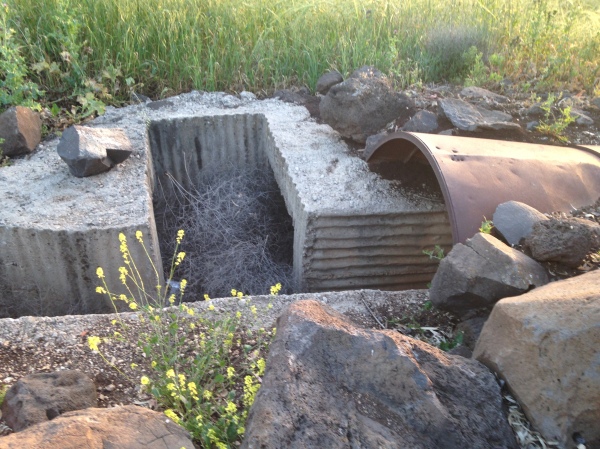 The site had a lot of interesting trenches to look at, and it was also a good place to better understand the shifting of boundaries and power in this region . Also at the site is a memorial monument to the fallen soldiers of the Israeli Golani Brigade: 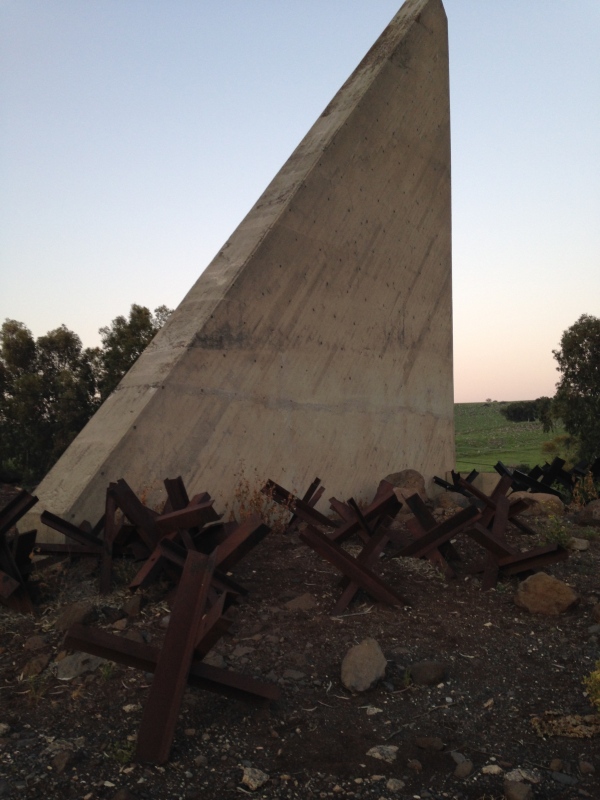 After Mitzpeh Gadot, the group went back to our lodging (Kfar Szold Guest House) for dinner and some rest before another full day.

In the morning, we set out for our second big day hike – a hike on Mt. Meron. 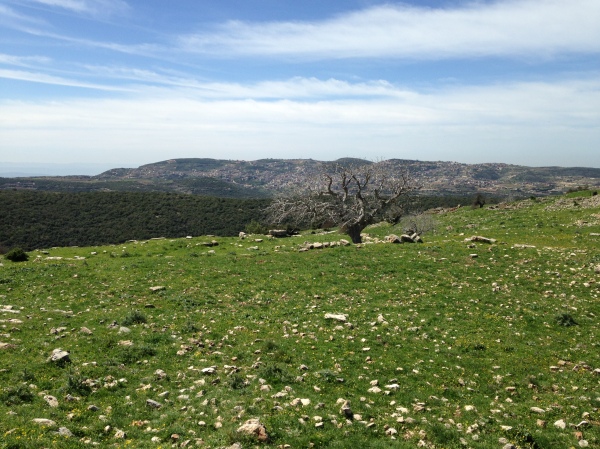 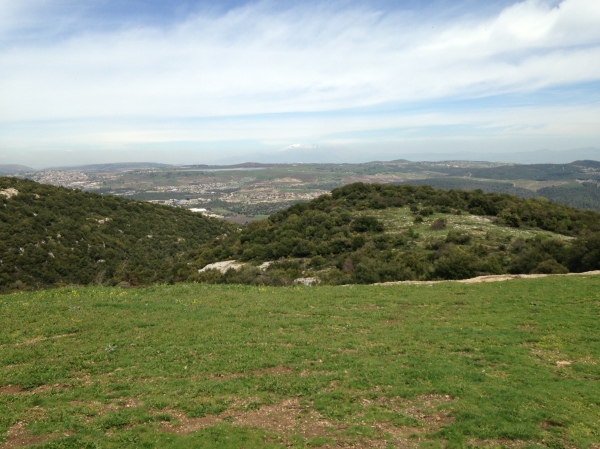 This hike – like the first – was green, gorgeous, and was an opportunity to see some of the flowers in bloom during the spring: 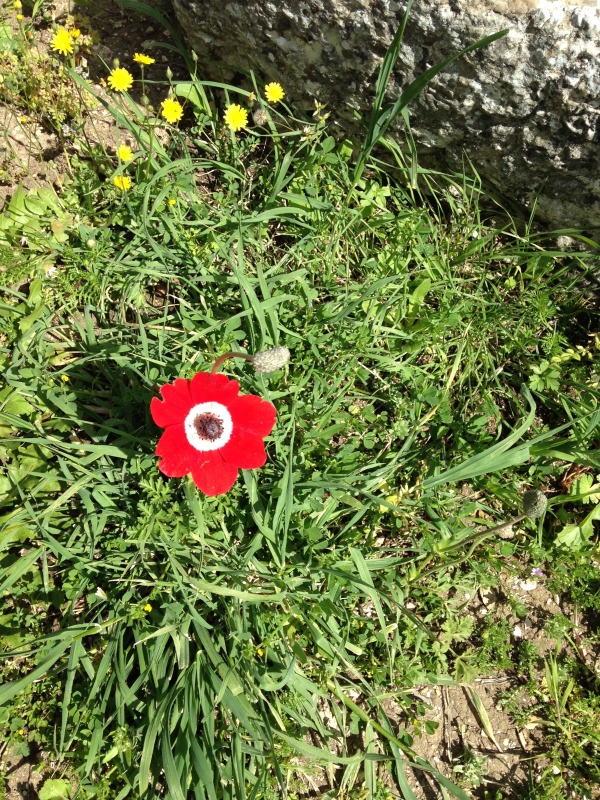 During this hike, we passed by some ruins, including what’s left of one of the oldest known synagogues (the ruins date back to the first century when the second Temple was still in Jerusalem!): 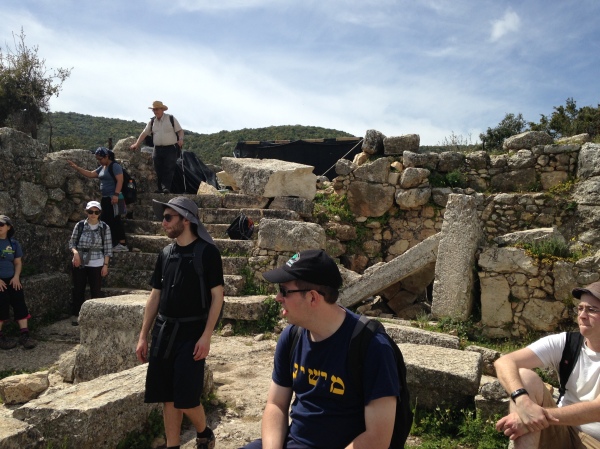 After the hike, we visited Amuka, a small town near Tzfat where Rabbi Yonatan ben Uzziel is buried. R. Yonatan ben Uzziel was a student of Rabbi Hillel’s and is mentioned in the Talmud, so his significance stands on its own. Yet, an interesting custom has developed that singles visit the site of his grave to receive a shidduch (match). The legend goes that praying for a match at the site will lead to a partner within a year! There weren’t that many people around when we visited the site…I guess not too many people thought to find their matches with him that day. 🙂 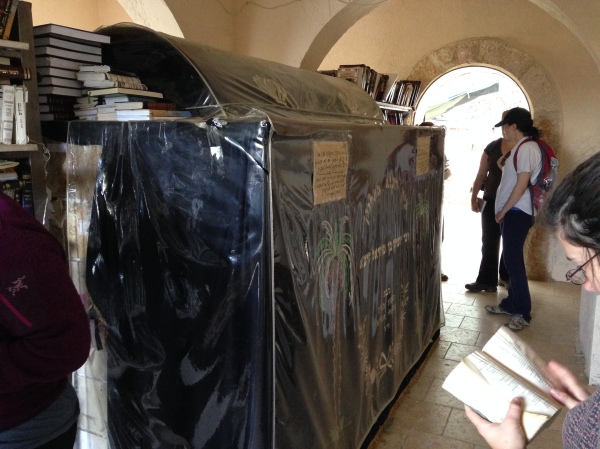 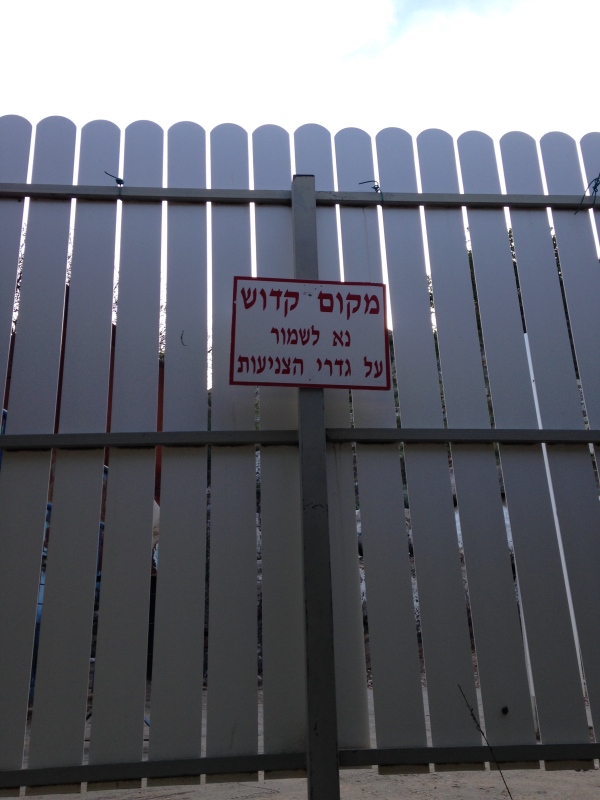 When the group left the grave, we drove east towards the Syrian border. In the photo below (out of the bus window), you can see there are still lots of areas closed off with minefield warnings: 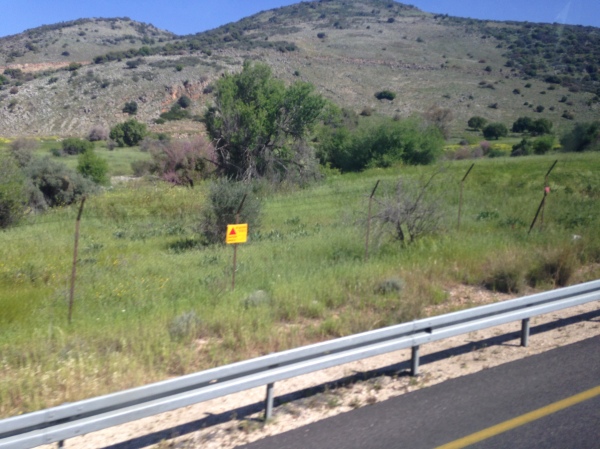 We were heading to Tel Saki –  a small hill that served as an Israeli fortification on the border with Syria during the Yom Kippur War. At Tel Saki, we walking through some of the military trenches and looked across the expanse into Syria: 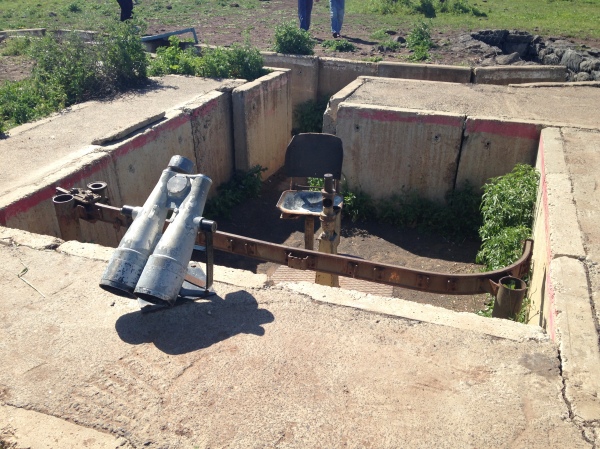 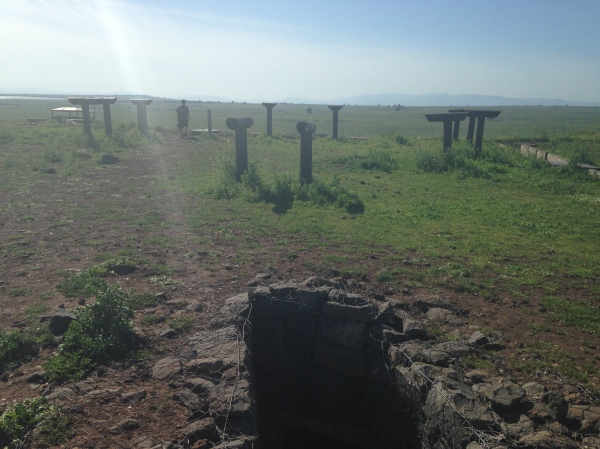 From our vantage point, we couldn’t see too much action into Syria… 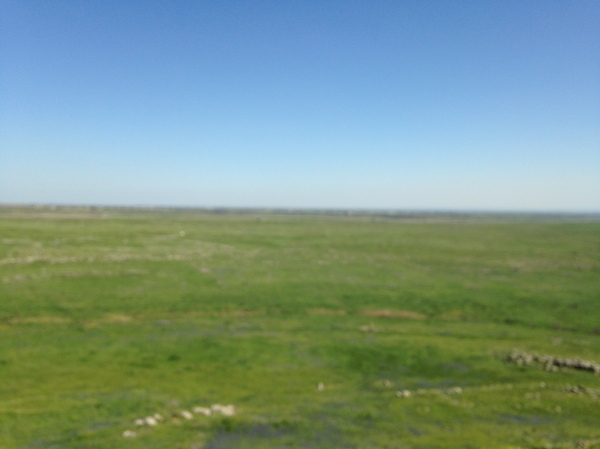 But there were still some pretty cool tanks to play on! 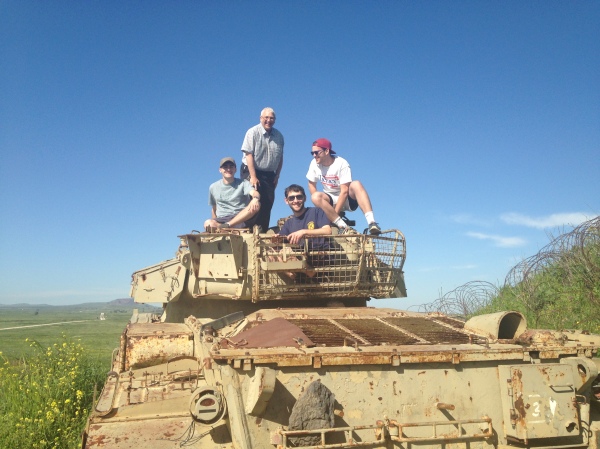 Overall, this was a great tiyul! I loved hiking with Noah and my Pardes teachers and classmates through northern Israel and learning more about that region’s history, successes, and challenges. The tiyulim with Pardes have definitely been a highlight of my year here (see my post on the Negev tiyul and the day trip to Tel Aviv) and have made a huge difference in terms of helping me to see more of the country and to learn more about Israel outside of Jerusalem.