In addition to hiking in Ein Gedi, my family also did a hike up Masada during our Israel travel.

Masada is a flattop mountain in the Ein Gedi area that has earned fame for its role as the site of Jewish rebels’ last stand against the Roman Empire. A magnificent palace was first built atop the mountain by Herod the Great in the 1st century. Years later, after Herod had died, the Jews rebelled against the Roman Empire in 66 CE. The Romans destroyed the second temple in 70 CE and essentially ended the revolt then. A group of slightly less than 1,000 Jews, however, fled to Masada where they – historians believe – lived for over a year. One might think, why would the Roman army even bother with them anymore? I don’t know…maybe it was a matter of pride or finishing the job ‘right,’ but the Romans pursued the Jews to Masada and built eight camps around the mountain as they spent months preparing an assault ramp that would enable them to ambush the mountain.

All that is known about Masada’s tragic end comes from one survivor. The story states that, knowing the Roman forces couldn’t be held off for much longer, the Jews atop Masada decided that they would rather take their own lives in freedom than serve the Romans as slaves. Lots were drawn to determine 10 men who would kill the rest of the community, and, then, a final lot was drawn to determine who would kill the other nine and then commit suicide. One of the most interesting archeological finds from the site were pottery shards bearing names – generally thought to be evidence of the lots.

Today, Masada has become a site emblematic of both bravery and tragedy within the Jewish community during the time of Roman rule (and, more broadly, throughout history). The mountain is a popular site for Birthright groups, children having their Bar or Bat Mitzvah in Israel, and essentially any Zionist trip touring Israel. The iconic Masada experience is to hike the mountain just before dawn, reaching the top for sunrise.

Despite the pre-sunrise hour, my family acquiesced to hiking the mountain bright and early. The hike up the mountain took about 40 minutes at a pretty quick pace, and we reached the top a few minutes before official sunrise:

Unfortunately, it ended up being a cloudy day and the magic of the sun was fairly obstructed by the clouds. Nonetheless, it was still a great hike with awesome views from the top…and, even if we didn’t get the full splendor of a clear sunrise, it was neat to see everything come into full color! 🙂 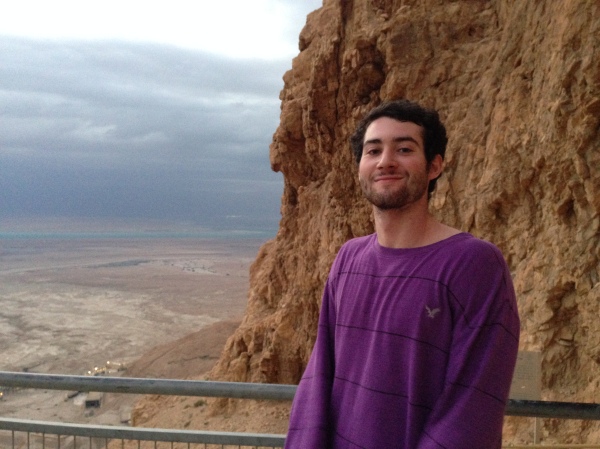 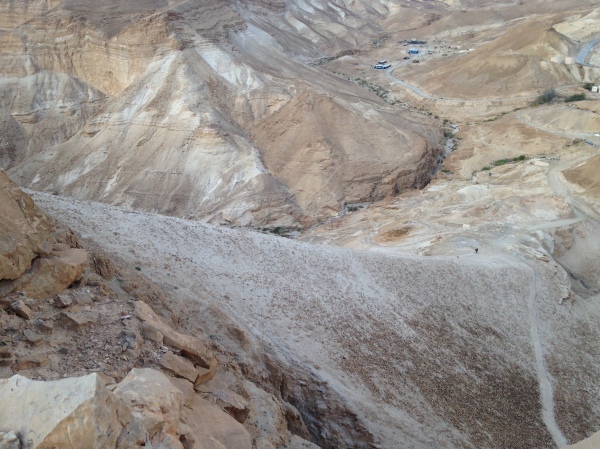 This is a picture of the tiered palace that served as Herod’s living quarters when he resided on the mountaintop:

With all the hiking, biking, and swimming, there was – of course – also lots of eating during this vacation. A few quick highlights include…

Fresh honey at the cafeteria at the Ein Gedi Kibbutz:

Yemenite street food in Tzfat. We ate a Lachuch Original where we had sandwiches made with malawa bread and filled with vegetables and cheese: 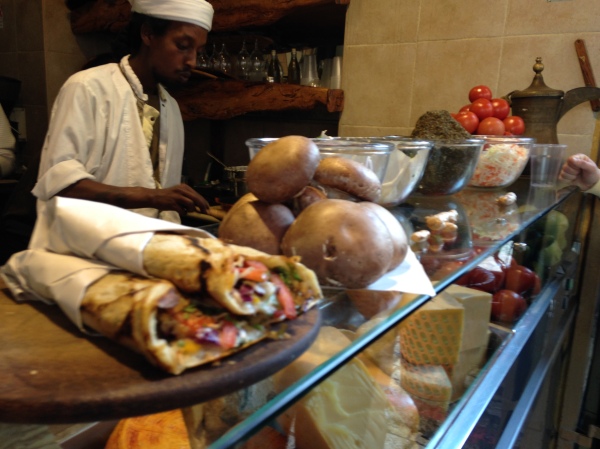 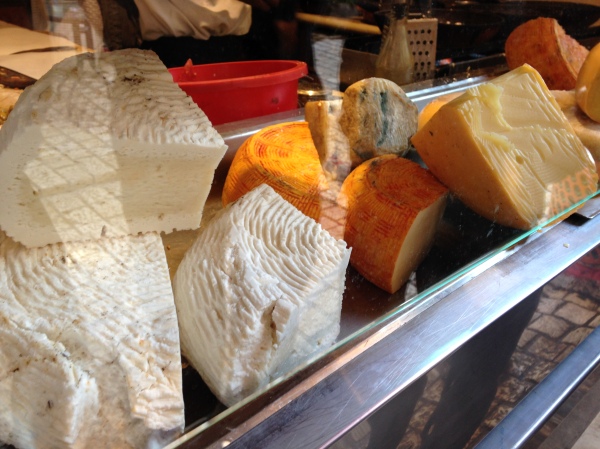 Finally, we ate at a meat restaurant called Habikta in a town called Ramot by the sea of Galilee. The restaurant offered a broad menu of smoked meat dishes, burgers, homemade bagels and a salad bar:

In closing, I must share the incredible coincidence of finding this poster hanging in a small lodge in the northern Galilee: 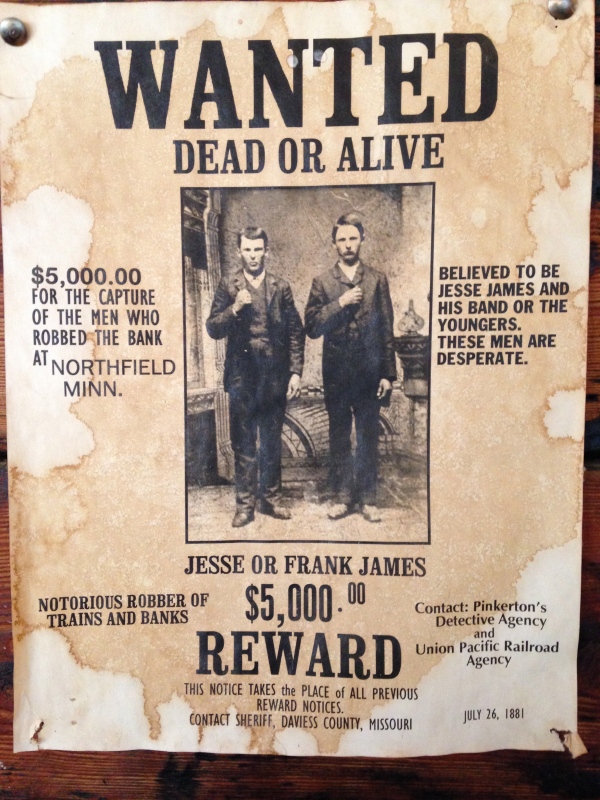 This poster recalls the capture of the Jesse James Gang in Northfield, MN – the site of my alma mater. The historic capture continues to be remembered even after all these years through the annual ‘Jesse James Days,’ and I have very fond memories of attending the festival each year as a college student. 🙂