During my parents’ visit, we spent a day in Haifa. Haifa is Israel’s third-largest city, and it’s located in about one-hour north of Tel Aviv, resting below Mt. Carmel. The primary cultural highlight of Haifa is the Baha’i Gardens – a UNESCO World Heritage Site. Haifa is the world center of the Baha’i faith – one of the world’s newest religion. Baha’ism was founded in Iran in the 19th century, and its primary tenet is the unity of all mankind. Baha’is believe that prophets have appeared throughout history (Moses, Mohammed, Buddha, Jesus, etc.), and religious truth is comprised of progressive revelations regarding a universal faith.

The Baha’i Gardens are built around the Shrine of the Bab. The Bab foretold of the revelation of the new faith to Baha’u’llah, the religion’s founder. In addition to the shrine, the gardens are filled with perfectly manicured trees, hedges, and plants. Gravel pathways and steps wind throughout the garden, which is open to visitors year round. One of the most unique features about the garden is that it is built along a hill and has 19 terraces!

From the bottom, the stairs can look quite imposing: 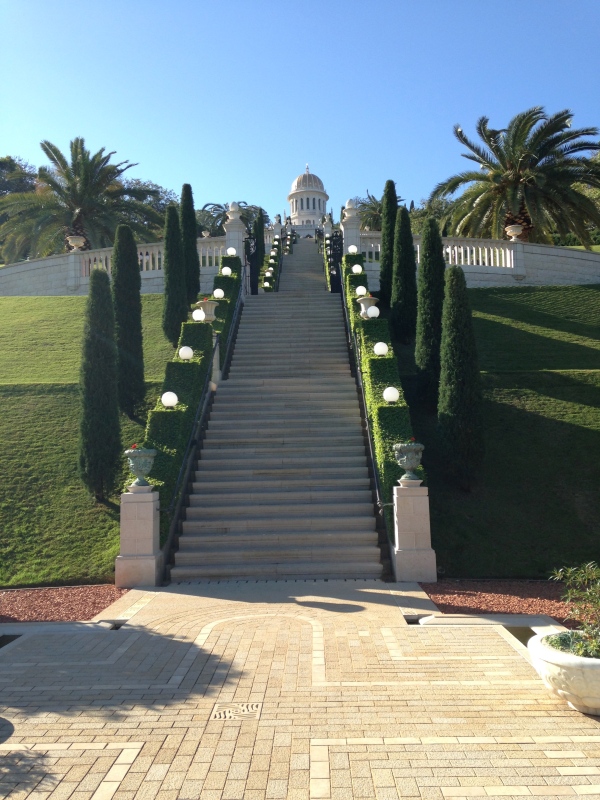 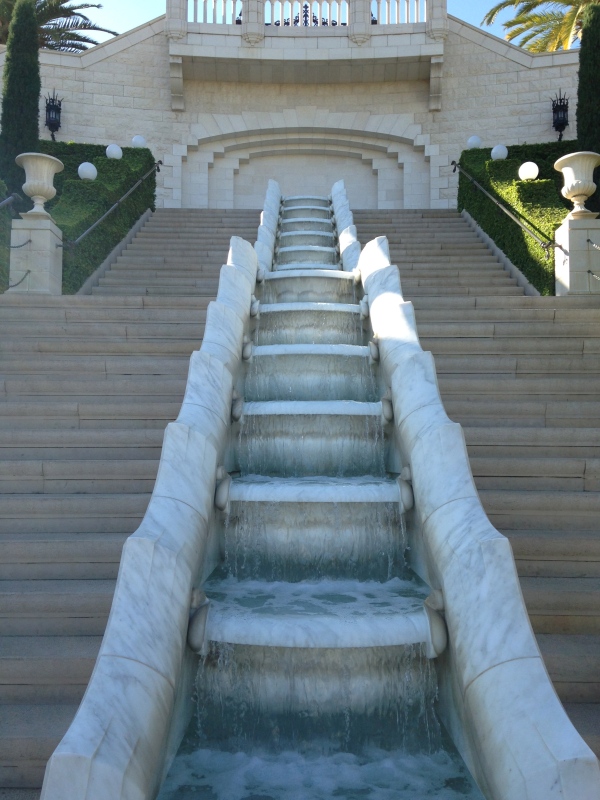 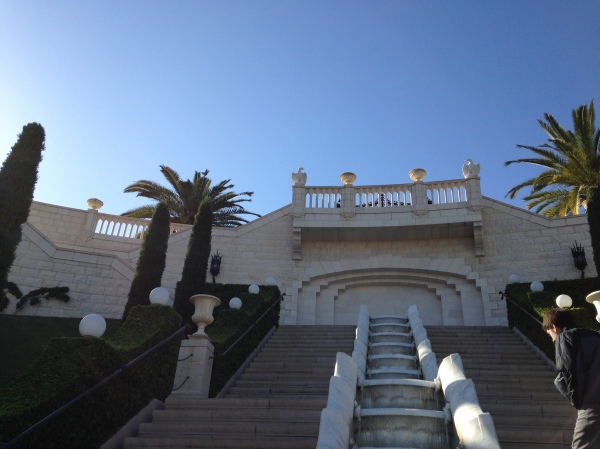 A big part of the garden’s magnificence is how impeccable everything appears:

We didn’t climb all 19 terraces (that’s a lot of stairs!), but we did spend about 45 minutes walking around the garden and enjoying the views out onto on the town. 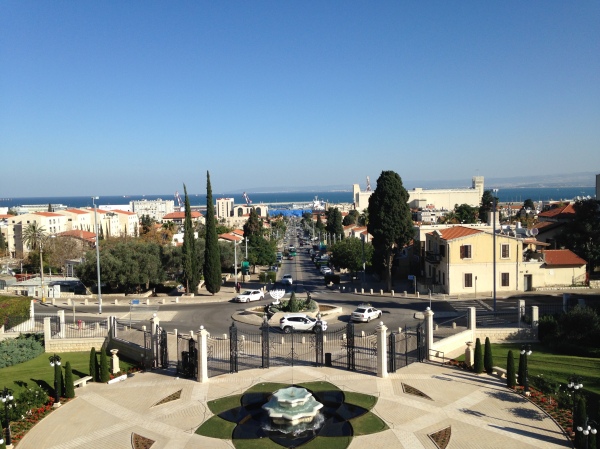 After our day in Haifa, we headed to Tel Aviv for a couple days. While in Tel Aviv, we went to Jaffa for an evening. Jaffa is an ancient port city that was once separate from Tel Aviv, but urban sprawl has made the two cities essentially connected today. It is told that Jonah (of Jonah and the whale) set off from Jaffa, and many historians believe it to be the oldest port in the world. In Jaffa, we walked along the waterfront and strolled through the town center where there were shops, restaurants, and street entertainment. We got dinner at a restaurant called Dr. Shakshuka. Shakshuka is a North African dish that is quite popular in Israel as a any-time-of-day food. Traditional shakshuka is comprised essentially of tomato and eggs, but variations include adding eggplant or other vegetables as well as a ‘green shakshuka’ version that is typically based around spinach.

Dr. Shakshuka had about 25 different shakshuka variations as well as some other North African dishes like couscous and kebabs. From some reason, I don’t have a photo of the actual shakshuka, but here are a few shots of the couscous, meat, and salad we ordered: 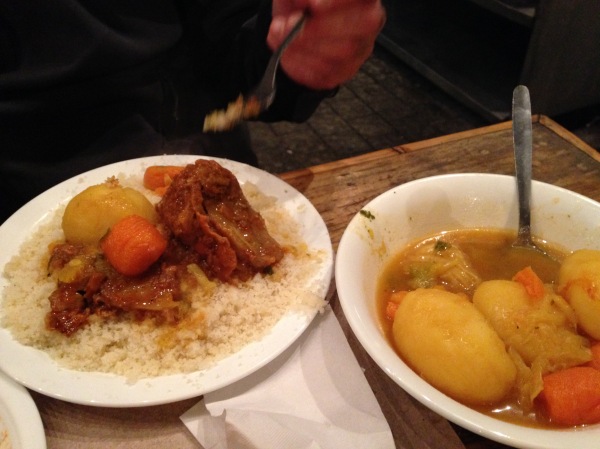 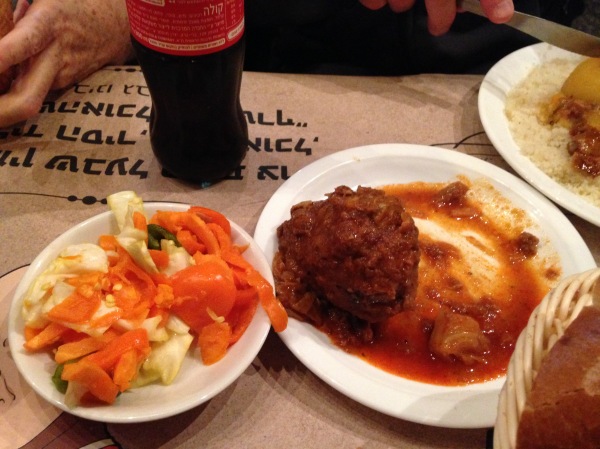 If you’re a shakshuka fan, I would definitely recommend paying this place a visit if you’re in the area!