Although school things have made me feel quite a bit busier, I’ve still managed to find some time to go out and about. And – of course – I can always make time when the situation really calls for it, such as this 3-weekends only performance of Rent by Fiddlehead Theatre, honoring the show’s 20-year anniversary. 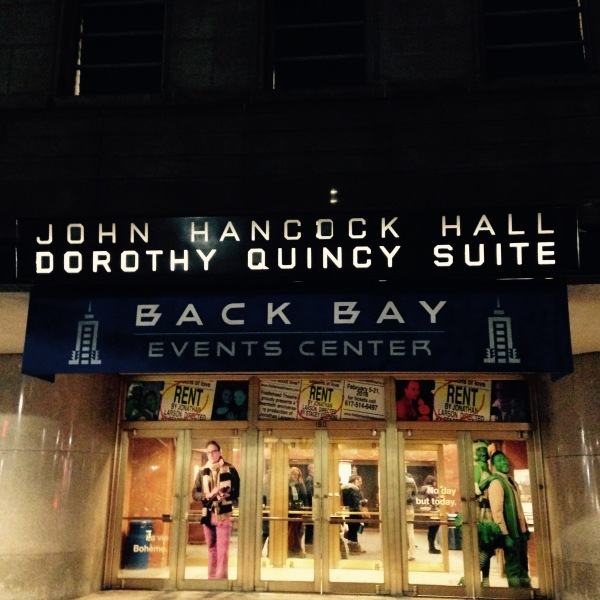 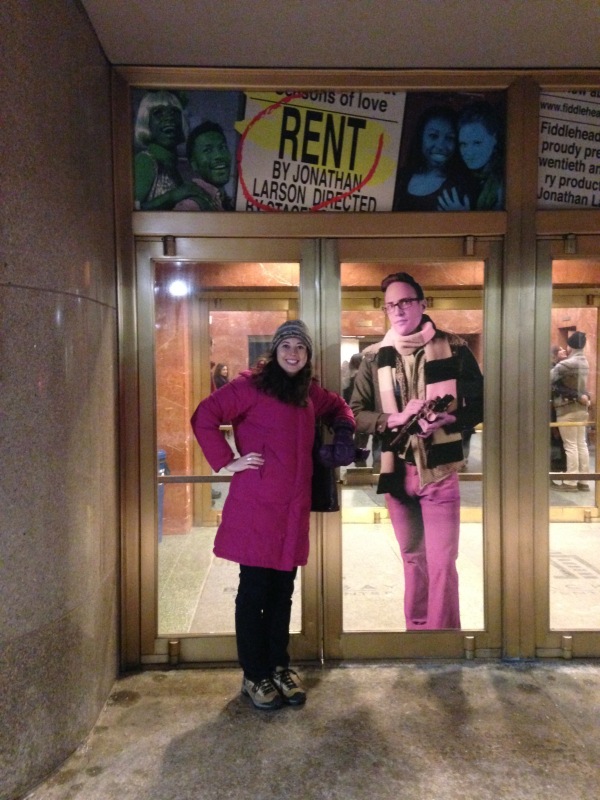 This was my 19th time seeing Rent…but now I’m wishing I’d gone twice since it would have been 20 shows for the 20th year. Oh well.

We also went downtown to the Rowes Wharf Sea Grille for afternoon tea.

…and then we went into the Sea Grille for afternoon tea. Yeah, we felt fancy! We selected our tea varieties and then it came out with a neat timer to let us know when it had steeped:

The tea also came with a variety of pastries, finger sandwiches, and biscuits (I forgot to take a picture because we were eating…). All in all, fun but a little pricey. It was an enjoyable afternoon out, but I doubt we’ll go again.

Last but not least, we finally went to Made by Me – a paint your own pottery place that’s right by our apartment and I’ve walked by a zillion times. Basically every time we pass by I say that I want to go there because I like painting things and I remember Noah’s and my visit to Paint Your Plate in Minneapolis very fondly. Noah planned our visit to Made by Me a few weeks ago, and I was very excited when he revealed what the evening activity would be. When we arrived, we spent a while checking out all the pottery options and the paint selection:

As soon as I saw they had seder plates, I knew I wanted to paint one because Pesach was coming up shortly afterwards, and I thought it would be fun to have something I had created on the table! Noah chose an owl mug and then started researching feather patterns. 😉 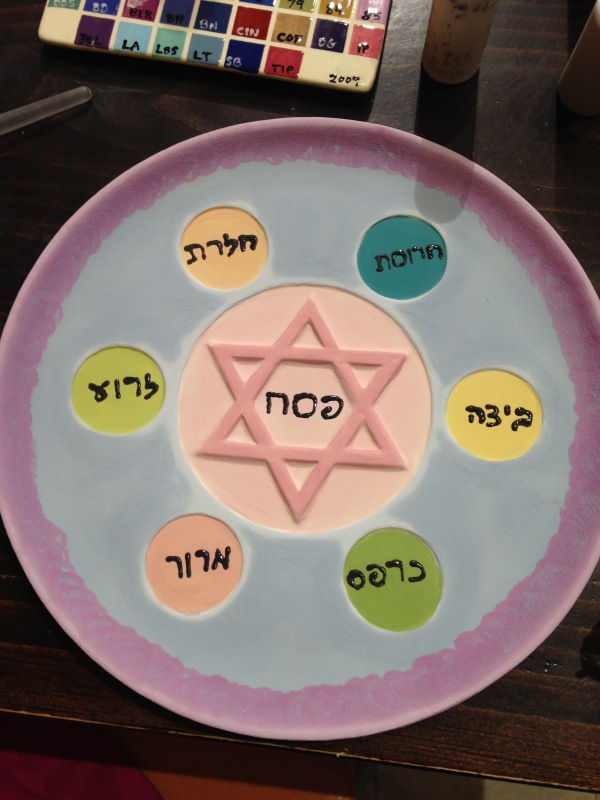 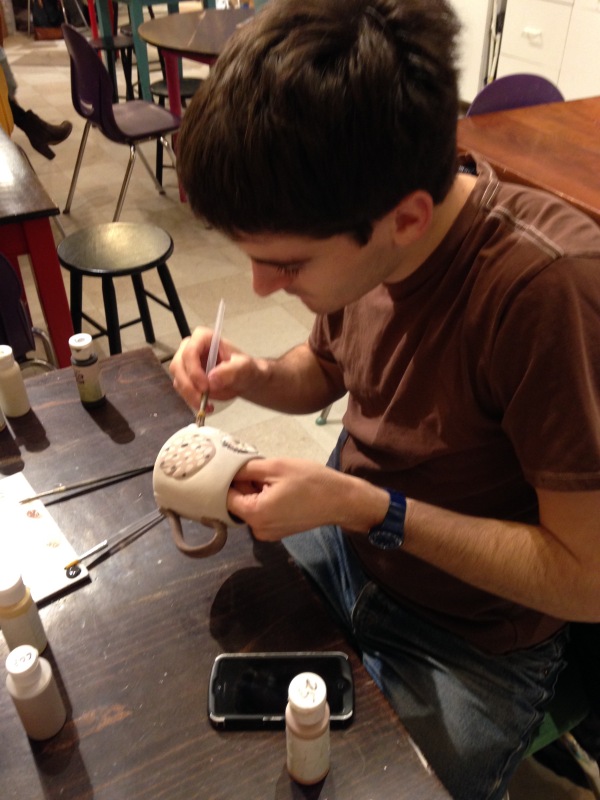 Ready to be fired:

One week later the pieces were ready for pick up – they get so shiny after the firing! 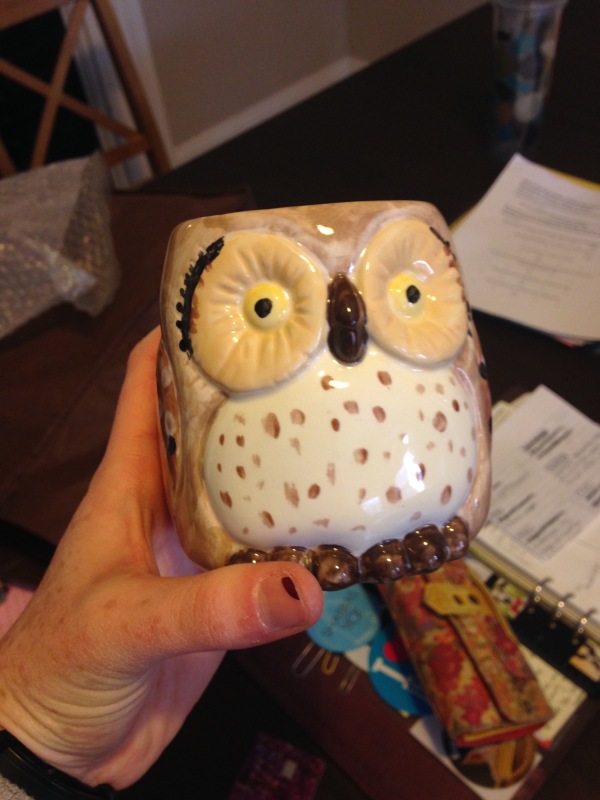 And I got to put the seder plate to good use shortly after!

This weekend I went skating at The Depot Ice Rink. I’ve heard a lot of rave reviews about this ice rink since I moved to Minneapolis in July 2011. It’s an indoor rink inside the old Minneapolis train shed downtown. What makes it unique today is its indoor location combined with the floor-to-ceiling windows that look out into downtown.

view of the ice

Since my skating skills are extremely sub-par (yes, I used one of those ‘walkers’ that kids use when learning), I didn’t spend too much time on the ice. Primarily, I walked around the perimeter, enjoyed people watching, and marveled at the number of proficient skaters. While there, I didn’t feel especially ‘wowed’ by the experience, but as soon as I left the building and felt the frigid air take my breath away, I began to appreciate what all the fuss was about. Unlike other indoor rinks, The Depot is about to capture the winter ideal of enjoying a skate outside without actually having to brave the freezing Minnesota winter. With sunlight streaming in from the windows, an open layout, and the lack of artificial lighting or bleachers, The Depot feels a lot more like a skate around the lake than a trip to a hockey game. I would definitely recommend a visit to this unusual locale.