If you missed the first Montreal post, check it out here! The first full day in Montreal was Monday, and we woke up bright and early to grab breakfast at the hotel and then set out for a full day of exploration. The hotel restaurant was very cute, and we snagged a table right by the window: 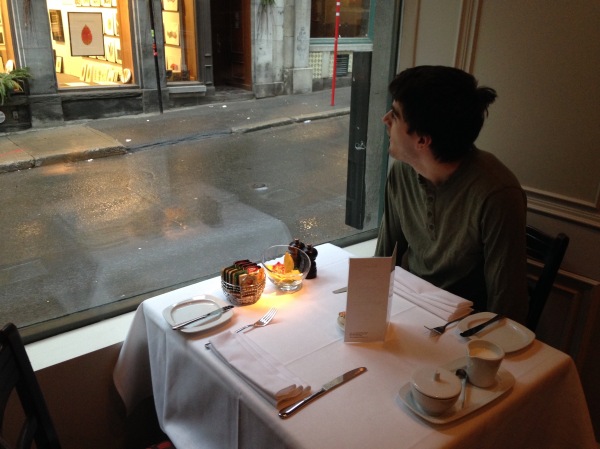 Breakfast included coffee, juice, bread, fruit or yogurt, and a choice of eggs, omelette, crepes, or french toast. I got the vegetable omelette and Noah ordered crepes: 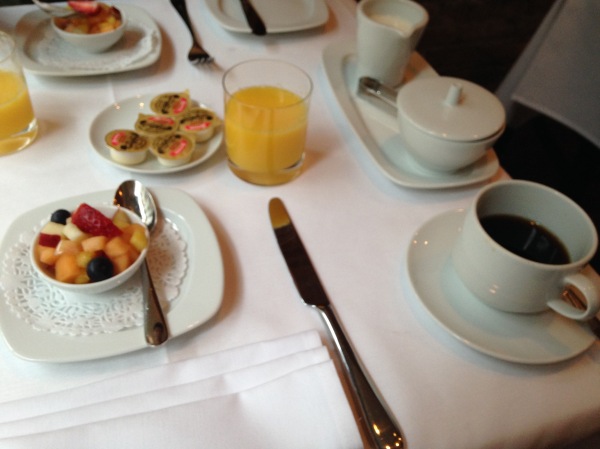 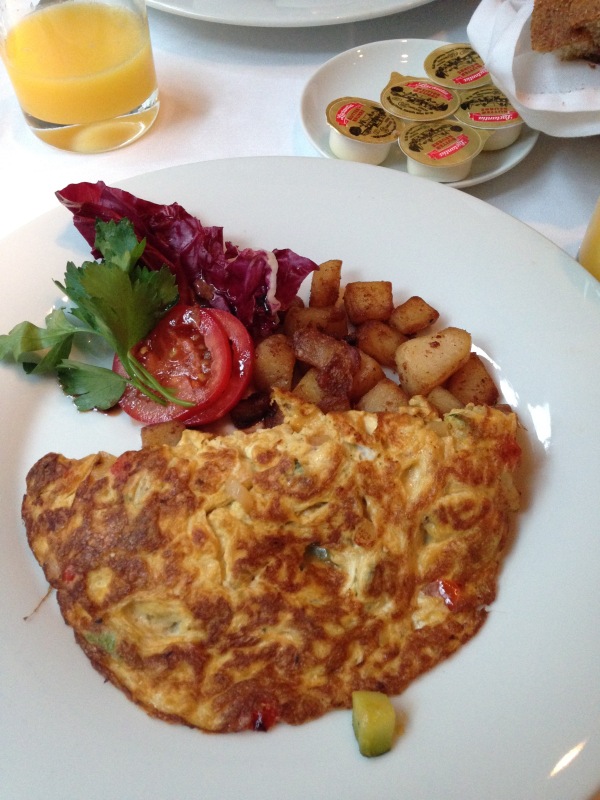 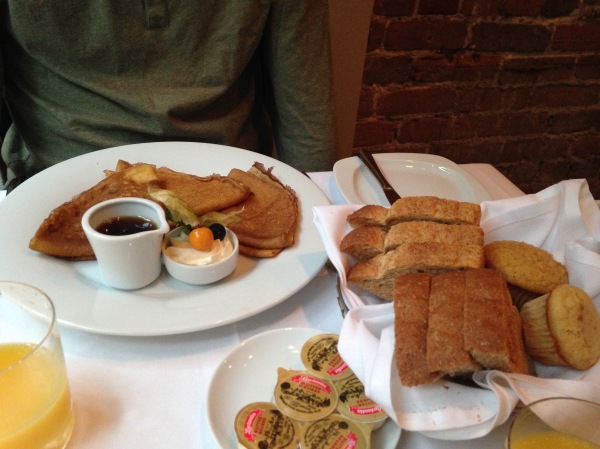 After breakfast, we set out for a walking tour of Old Montreal. Noah was the guide, using the guide book borrowed from his parents. We visited the Montreal Bank (the oldest one in the city!): 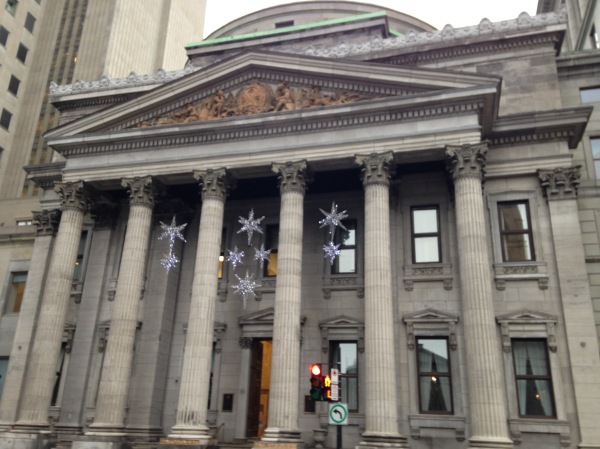 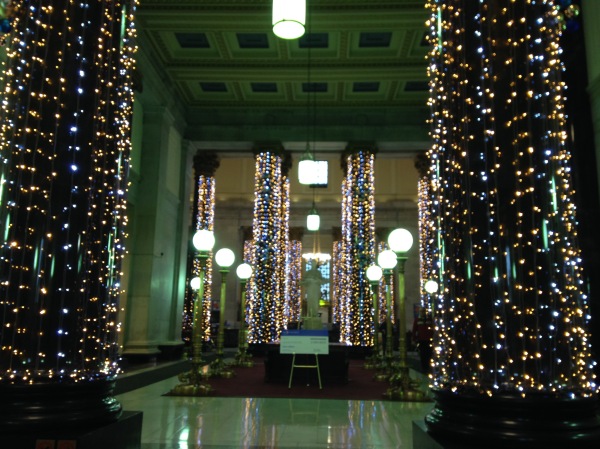 The red building on the left side of the picture below was Montreal’s first sky-scraper, called the Ediface New York Life: 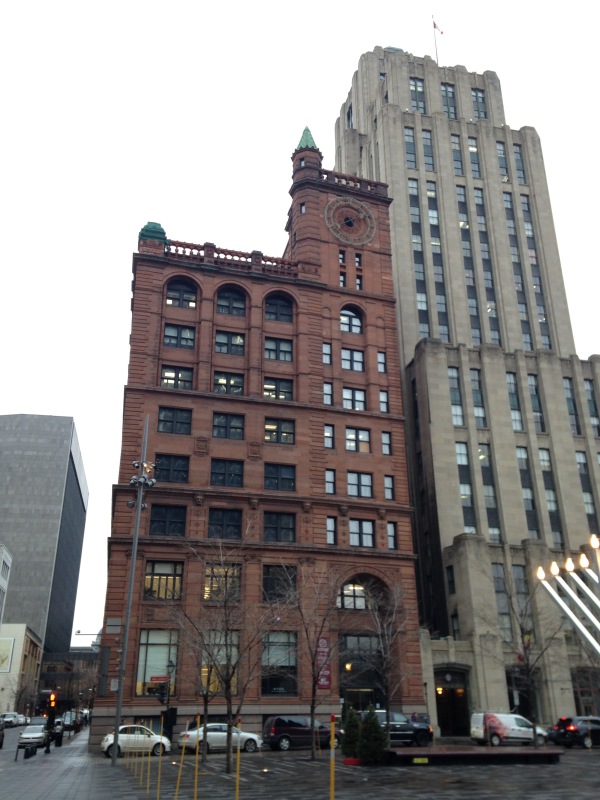 While its eight stories were a wonder at the time of its being built, it’s now been outdone by the Ediface Aldred on the right (resembling the Empire State Building – both of which were completed in 1931). 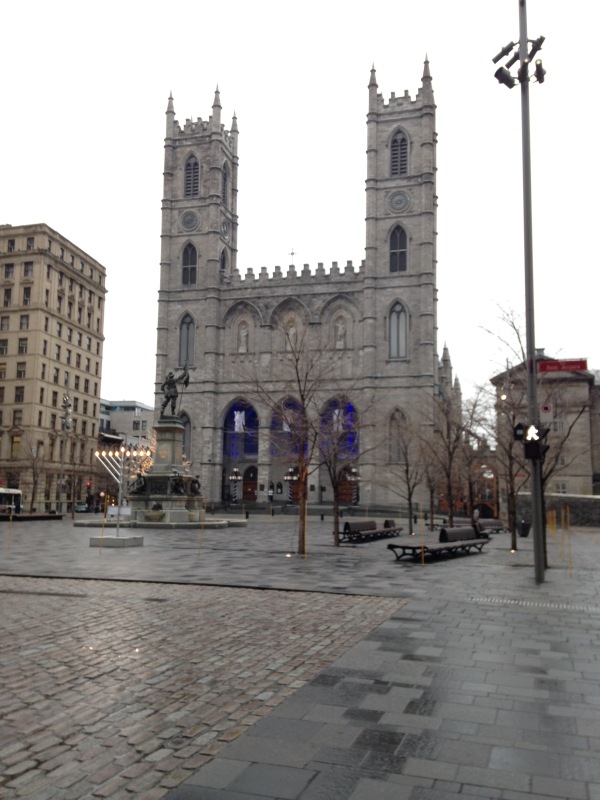 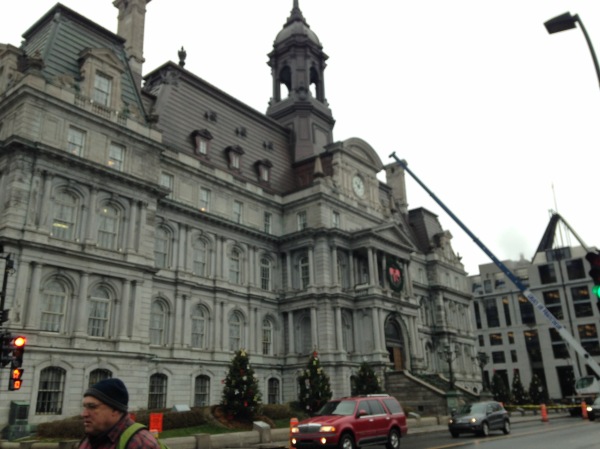 Unpictured tour stops include the Old Courthouse, some street markets (which were pretty deserted on the drizzly morning of our adventure), and a few more churches. Noah and I were excited to see a cycle track bike lane on one of the roads: 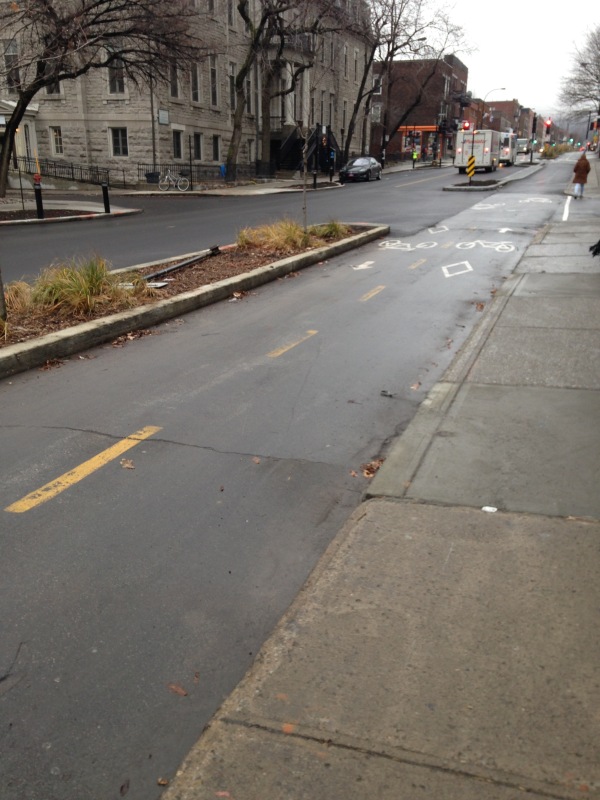 We finished the tour by the Old Port on the waterfront. We could see Habitat 67 across the water, a distinctive housing project built for the 1967 World’s Fair in Montreal: 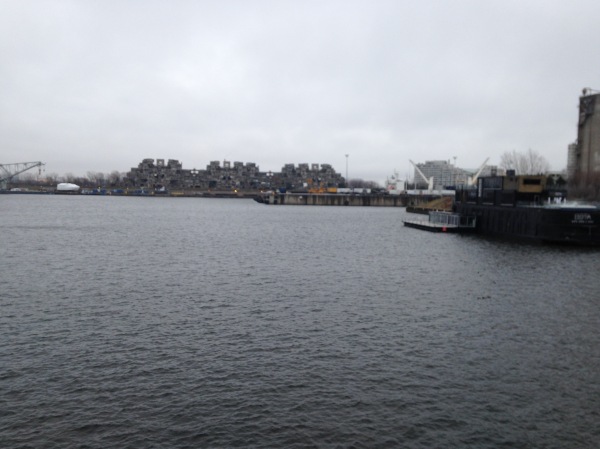 It’s pretty far away in the photo above, so here are a couple other pics (not from me) that give you a better idea of its look: 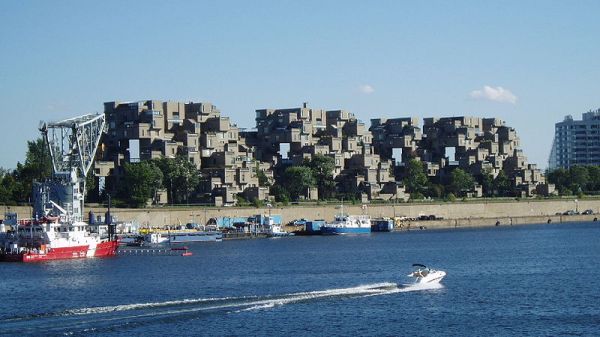 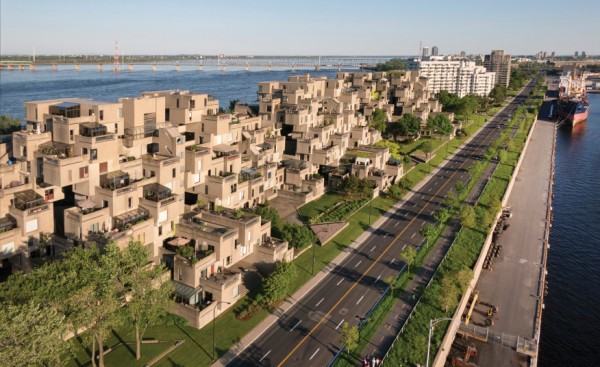 We also had a good view of some grain storage along the water: 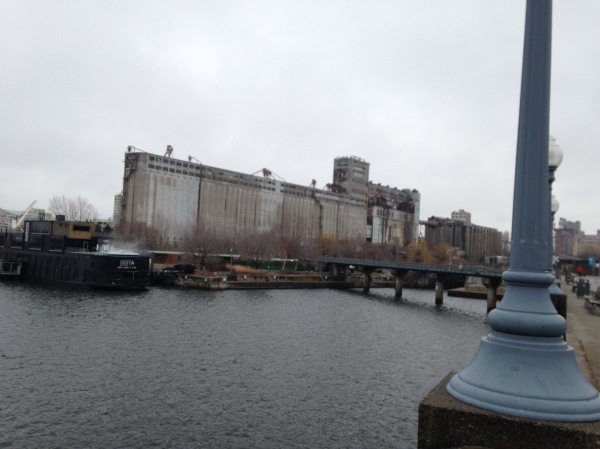 After a busy morning of exploration, Noah and I were excited to recharge with lunch. We headed to the Plateau Mont-Royal neighborhood for food and some additional exploration. Plateau Mont-Royal is an area full of shops, restaurants, and hints to the immigrant influences in Montreal. One such hint is an abundance of Jewish-style delis, restaurants, and smoked meats. Noah and I went to Beauty’s for lunch, a luncheonette opened in 1942 by Jewish immigrants in what was – at the time – the heart of Montreal’s Jewish garment district. 70 years later, Hymie (the restaurant founder in 1942) is still there, showing customers to their table himself! Noah and I had a wonderful lunch there before heading out for more exploration: 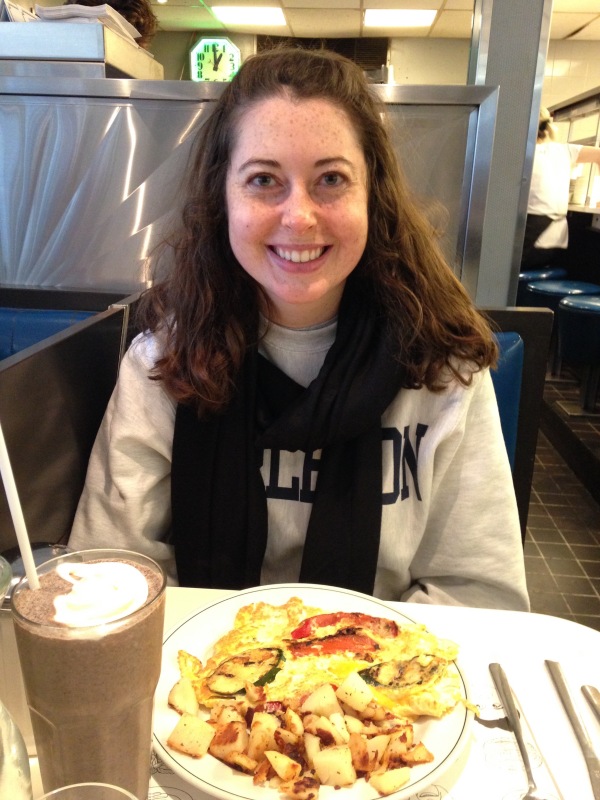 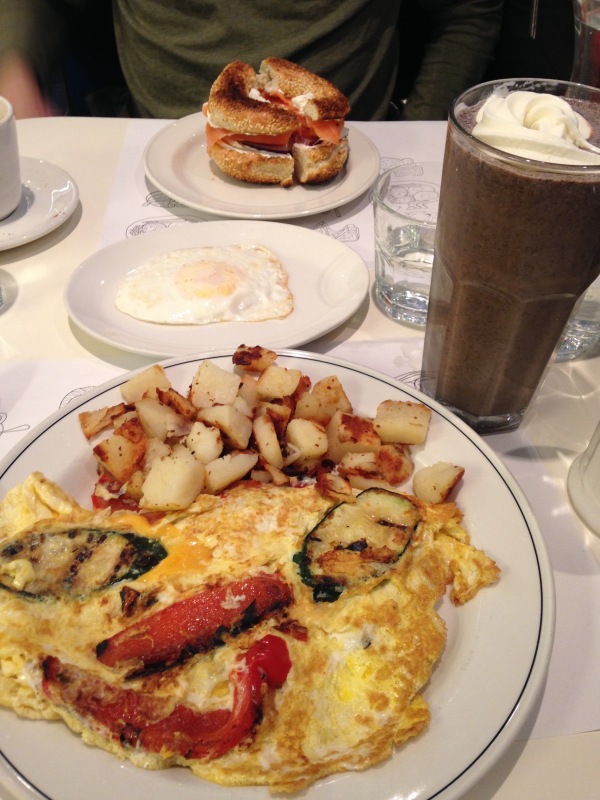 In the afternoon, we explored Montreal’s Underground City – a system of tunnels that connects buildings across the city. In reality, it’s partially underground and partially above, but it’s a fun/useful way to help city residents escape the cold throughout the winter! Some parts of the tunnel system are fairly sparse: 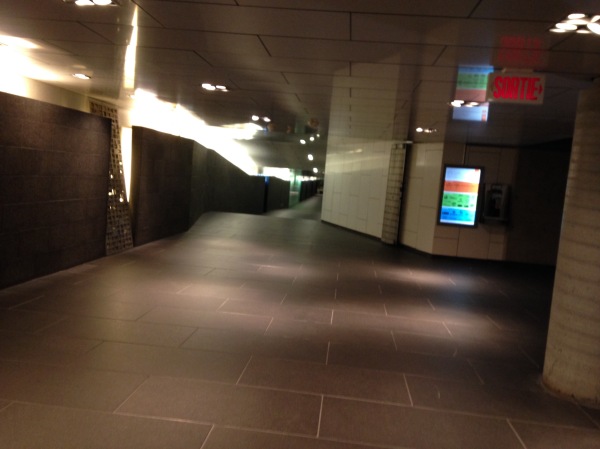 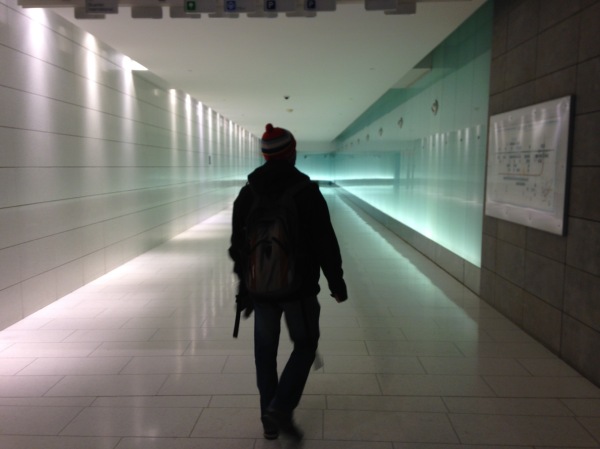 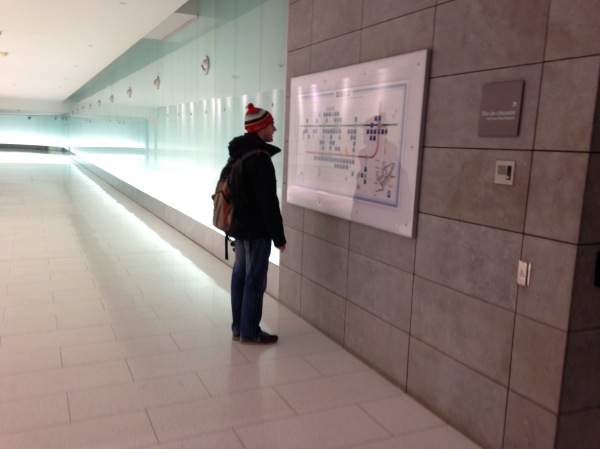 But in other areas the tunnels open up into shopping malls! We found this cool water fountain display in the middle of a mall area while we were exploring: 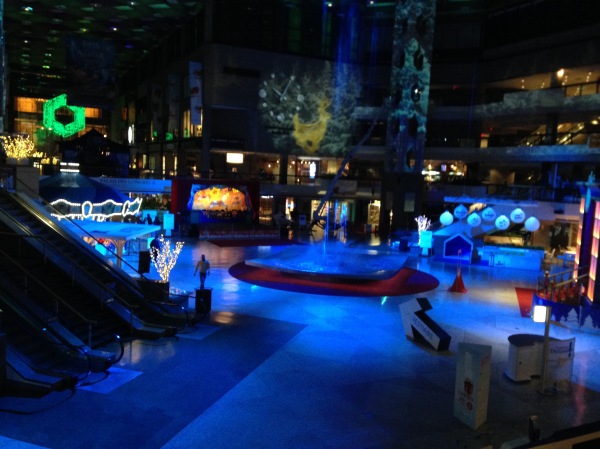 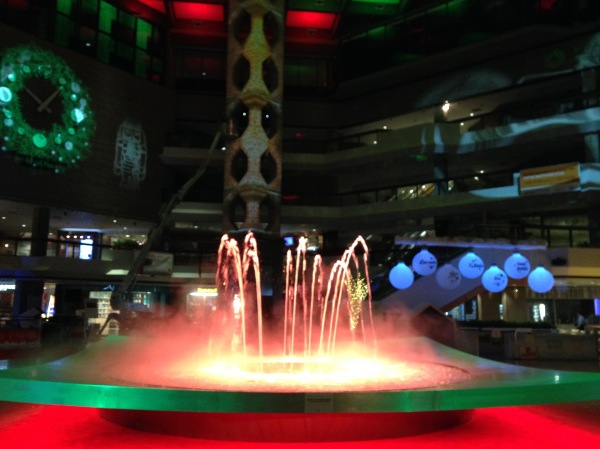 Our day ended with a trip to a Montreal movie theater to watch the new Hunger Games movie (seriously, SO GOOD! Probably the best movie in the series) and a quick dinner of pizza and salmon: 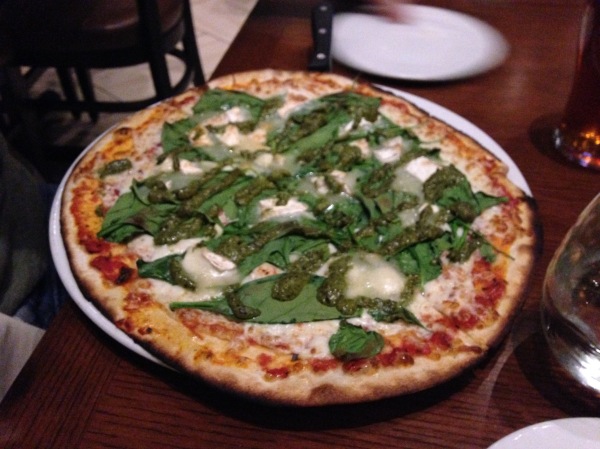 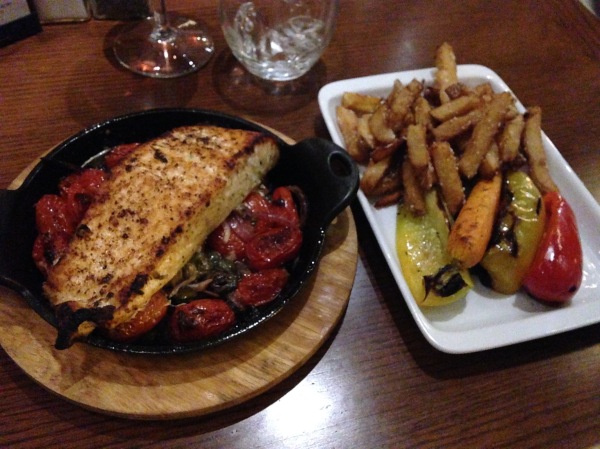 Montreal was the perfect vacation to celebrate the end of my semester and to spend some quality time with Noah before I headed to Israel for 2+ weeks. Speaking of…I am actually writing this from a Jerusalem cafe! It feels great to be back in Israel and this beloved city of gold. 🙂 More posts about Israel coming soon!