After the first day of activities in Poland, my group stayed the night at a hotel in Warsaw. The next morning, we were up bright and early to drive to a small town called Tikocyn.

Tikocyn was a small, predominantly Jewish village in Poland prior to the war – the total population was 3,000 and 2,000 of them were Jews. Visiting the town today felt like a big change from the bustling Warsaw:

The first stop in Tikocyn was the old synagogue. 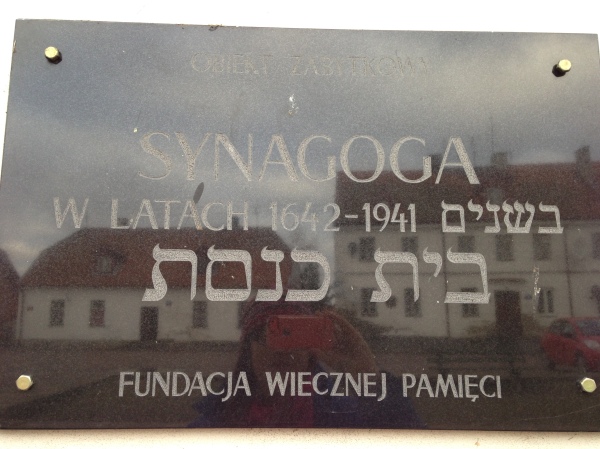 Since all of the town’s Jews were killed and the synagogue receives no current use, it has been restored to reflect its original decor and is open to tourists. The bima (elevated area of a synagogue where the Torah is read) was in a baroque style, and the prayers written on the walls around the synagogue were very beautiful: 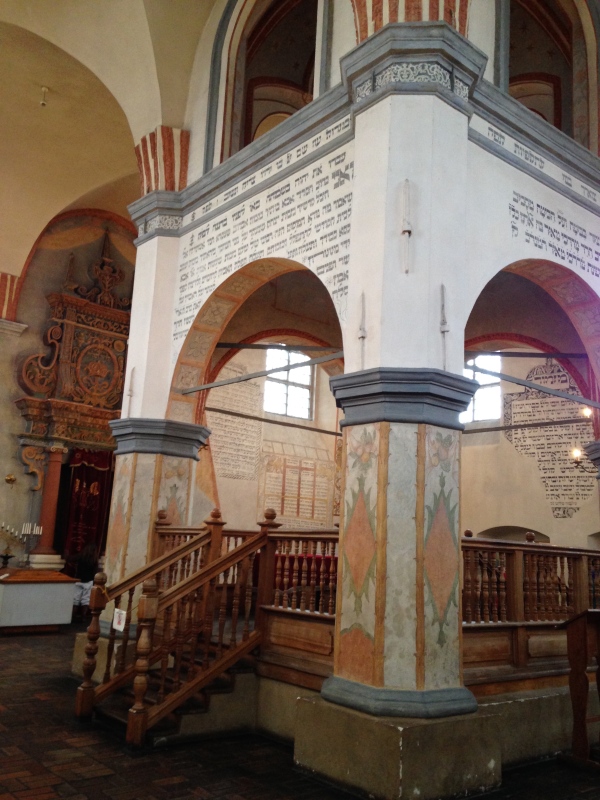 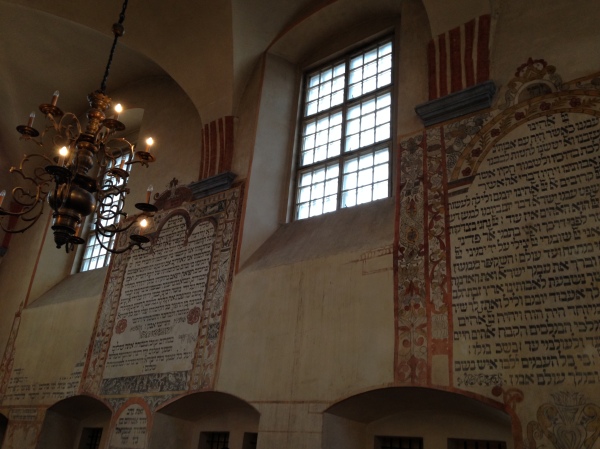 After the synagogue, the group walked over the Rynek (name for the town square commonly found in Polish towns). In 1941, all of Tikocyn’s Jews were called to the Rynek:

Women and children were loaded onto carts and driven to Lupachowa Forest, and the men were marched to the same location. My group followed their route by bus and entered the forest on foot:

What was waiting for Tikocyn’s Jews in the forest were mass graves that had been dug by Polish workers in the prior weeks. All of the Jews were killed in mass shootings by the Nazis, and the mass graves were covered again by Polish workers. It took two days to kill the entire Tikocyn Jewish population because about 400 people hid on the first day. The Nazis returned to the town to hunt out those in hiding and returned with them to the forest the following day. As we approached the clearing where the mass graves are marked today, I began to see the familiar flicker of the Israeli flag:

At first I felt surprised to see the Israeli flags there. Throughout the trip, however, I began to see more and more how Israel has become representative of a redemption (of sorts) for those killed and also a symbol of hope to those who are trying to understand and confront the Holocaust.

Walking out of the forest was truly an eerie feeling – as I approached the sunlight of the road outside the forest, it was impossible not to think about the fact that so many others were never able to leave.

After Lupachowa Forest, the final stop of Day 2 was Treblinka. 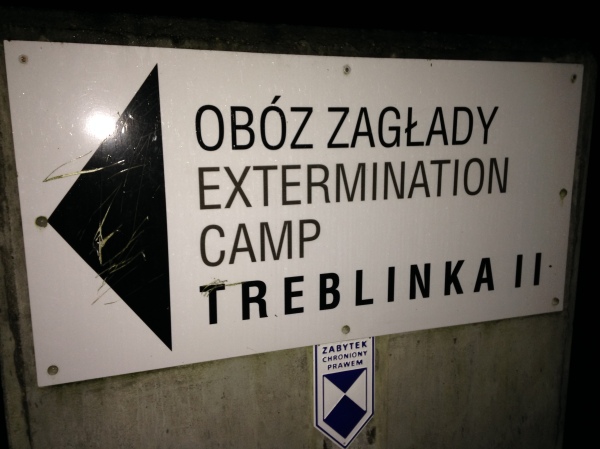 We arrived to Treblinka as the sun was setting, so the light wasn’t good enough for many pictures. Some basic information though…Treblinka was one of 3 death camps (along with Sobibor and Belzec) associated with Operation Reinhard. Operation Reinhard was the name given to the Nazi operation of efficient mass murder with the purpose of total extermination. The Nazis search for a ‘solution to the Jewish problem’ was an evolving process throughout the war, and the final solution of complete extermination is not generally thought of to be the plan right from the beginning.

In 1942, the decision for complete extermination had been made, and Treblinka, Sobibor, and Belzec were opened as a strategic part of Operation Reinhard. Unlike other concentration and slave labor camps in Poland and Germany, these camps were designed for the singular purpose of killing essentially everyone who went there. Trains of Jews arrived to camp and were immediately robbed of their possessions and killed in the gas chambers. On Treblinka’s most ‘efficient’ day of operation, 17,000 people were killed.

With the perspective of history, the finalization of Operation Reinhard and the building of these three camps was a major turning point in the fate of Polish Jews. At the beginning of 1942, 80% of Polish Jewry was still alive and 20% dead. By the end of 1942, this equation was reversed, with 80% murdered and only 20% still alive.

If you visit Treblinka today, you will primarily see sculptures and various forms of commemorative art. The camp was completely destroyed by the Nazis before the war ended in an attempt to cover up some of the evidence. The information that is known about the camp primarily comes from escapees who relayed information about the camp’s physical layout and operations.

One of the other Reinhard camps, Sobibor, was the site of a large-scale escape plan. In 1943, 400 prisoners made an escape attempt from Sobibor. While many of them were killed in the process, the following manhunt, or later on in the war, several of the escapees did ultimately survive. There is a good (BUT HIGHLY FICTIONALIZED) movie about the event called Escape from Sobibor.

Check back soon for more posts about my Poland trip!