A couple weeks ago, Noah and I took a trip to the Bloomfield Science Museum.

We happened to go on the day of Jerusalem’s first big rain, so the trip there and back was a bit wet. When we arrived at the museum, we quickly realized that we were about three-times the age of the typical visitor. But…no bother!

The museum was extremely interactive with exhibits on a range of topics, but we went to the museum particularly for an exhibit called Captcha.

Captcha is about the history and applications of computer science. I don’t know if Noah learned anything new, but I definitely learned a lot! The exhibit included an interesting theme about what constitutes a computer (hint: a meat grinder is NOT a computer). While a meat grinder has inputs and outputs, the grinder doesn’t adjust its processor to react to particular inputs. The exhibit also posed the question if computers would ever learn to love, and there was an interactive survey for guests to indicate if they thought yes or no (about 1,000 more people thought that computers WILL be able to love in the future).

Although we went to the museum mainly for the Captcha exhibit, we also visited most of the other exhibits. The exhibitions on levers and shadows were especially fun: 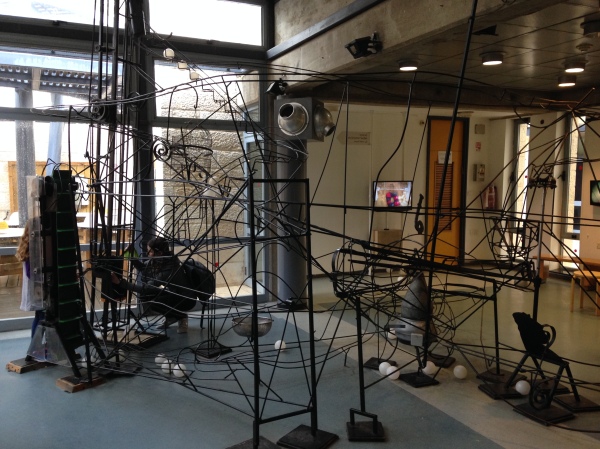 In other news, I made the most amazingly delicious challah recipe! I saw the recipe months ago and had been waiting for the right occasion to make it. The recipe was for a pumpkin chocolate challah (link to recipe), and I essentially followed the recipe as written. Overall, this was quite a process and took about 4 hours between making the dough, letting it rise, and baking.

The magic of this recipe comes from the combination of two components: pumpkin dough and chocolate filling.

Before braiding the strands of challah as you normally would, flatten the strand to put chocolate in the center and then roll the strand around the chocolate: 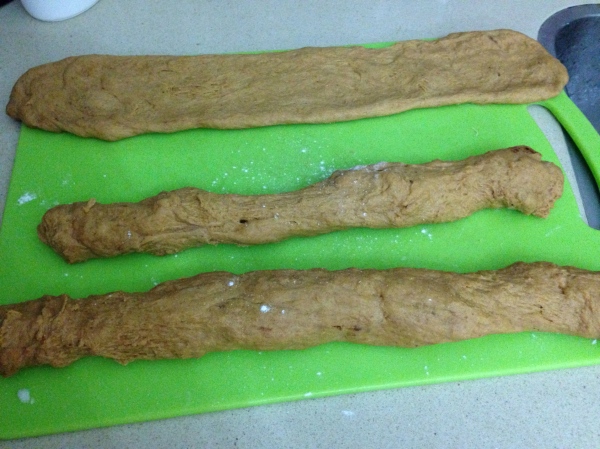 Once all of the strands are filled with chocolate, braid together and bake as normal:

Chocolate explosion in the oven!!

Seriously people, this was SO GOOD. Make it for a special occasion…like the next time Halloween coincides with Shabbat. Luckily, that happens more often than Thanksgivukkah. 🙂