The season of pumpkin continues here in Jerusalem! Last week I went to a pumpkin-themed potluck, and, in fact, I will be attending another one at the end of this week as well! For last week’s potluck, I made a pumpkin french toast bake following this recipe with only a few modifications (just cinnamon and nutmeg instead of pumpkin pie spice in the pumpkin filling, challah rolls instead of Hawaiian rolls, and no pecans/powdered sugar for the topping)

Since the recipe requires time to sit in the fridge and set before baking, I started it on Wednesday night to bring it to serve on Thursday. To begin, I combined one package of cream cheese, powdered sugar, and cinnamon in a bowl: 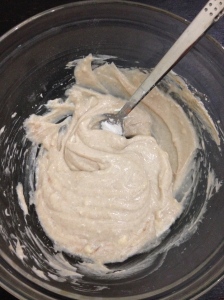 I tore three challah rolls into small pieces and placed them in the bottom of a round baking pan: 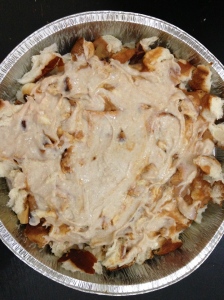 I covered this to rest in the fridge overnight, and the next day I prepared the topping of flour, brown sugar, cinnamon, and butter: 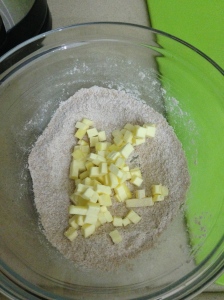 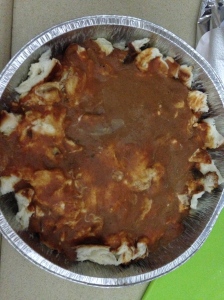 I baked the french toast for 40 minutes at 350º until it was browned on top: 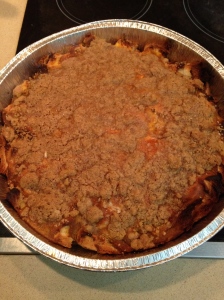