This was actually Noah’s and my second time to the Israel museum. On our first visit two weekends ago, we looked at a few of the indoor galleries and exhibits. The museum is quite large featuring a wide collection of art, Judaica, synagogue recreations, a model of the second temple, the Dead Sea Scrolls, archaological exhibits, the outdoor art garden, and a few temporary exhibits. When we went, we visited the contemporary Israeli art galleries and temporary exhibits called ‘Dress Codes: Revealing the Jewish Wardrobe,’ ‘Light Spaces,’ and ‘Big Bambu.’

Big Bambu was definitely the highlight of the visit! Essentially, Big Bambu is a huge sculpture made entirely out of bambu…and the best part is that people can climb it! The exhibit is outside in the art garden, and if you buy a ticket to climb you are assigned a certain entry time when you will be allowed to go up in the sculpture:

Good thing they limit the number of people climbing, because at times it was a little scary climbing up so high on only bamboo floors!

From the center of the sculpture, it looked like a big mess of bambu sticks to all sides: 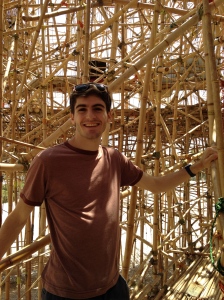 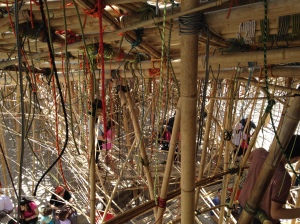 At the edges of the sculpture there were great views looking out over the city and the art garden: 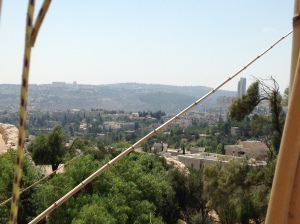 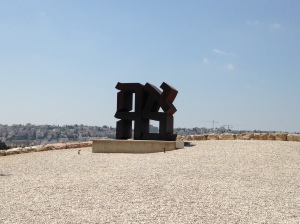 But back to the Wine Festival!!

The Wine Festival took place exclusively in the Art Garden, and attendees received a wine glass upon admission: 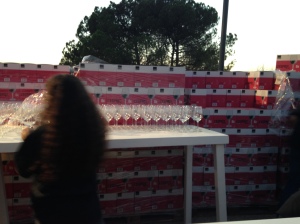 The various wineries had booths set up around the garden. 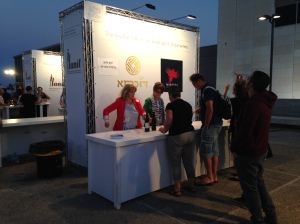 Most wineries seemed to offer about 2-4 wines for tasting, and the people working at the stand were quite friendly and happy to offer multiple tastes or more information about the wine.

Mixed in with the wine were a couple hard cider stands, including one called Buster’s that had an amazing hard lemonade! 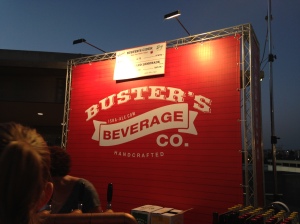 There were also stands giving out samples of passionfruit wine, chocolate liquor, and aperol spritz. 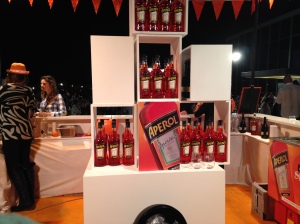 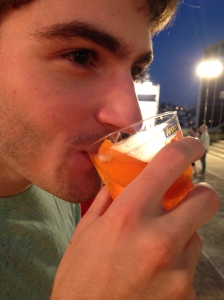 …as well as a few eateries (wine tastings were included with admission but food was for purchase). There was an especially nice looking cheese stand!

We were at the event for about two hours, and there seemed to be a steady stream of people coming in the whole time. It was definitely a popular outing! 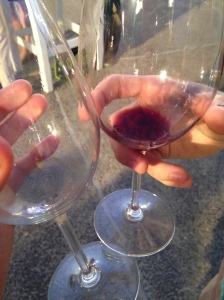 Afterwards, Noah and I walked home and stumbled upon some live music at the Tahana:

All in all, a wonderful evening. 🙂