The Tahana Rishona (First Train Station) is a historical site that has now become a center for culture, music, and socializing in Jerusalem. Service on the train tracks that used the First Station ended in 1998, and after that it stood abandoned until renovation started to open it as a cultural center in 2013. Part of the initiative was also turning the train tracks into the rekevet pedestrian and bike trail. As planned, in 2013, the station – called The Tahana for short – reopened and has since become a great location for both Israelis and tourists to soak up Israeli culture, enjoy a good meal or drink, or even go to the ‘beach’ (there is a sandy area with a volleyball court and wave simulator!).

The Tahana features several full-service restaurants as well as places to get a drink, an ice cream shop, and a smoothie/juice joint. A couple weeks ago after Shabbat ended, I went with some friends to Fresh Kitchen for some coffee drinks and cookies. 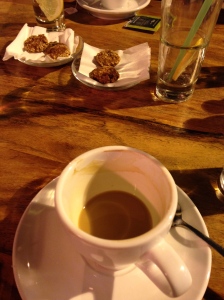 Fresh has a lovely outdoor seating area and a broad menu with lots of appealing dishes – so appealing, in fact, that I went back for a real meal last night. 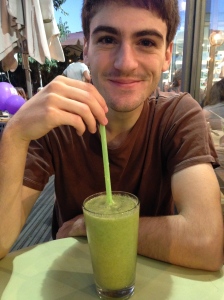 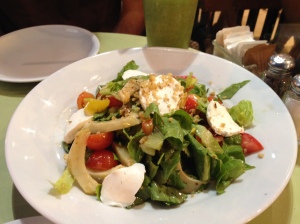 Last Friday, I went to the Tahana’s musical welcoming of Shabbat to see the prayer/music group, Nava Tehila. The group playing Shabbat music at the Tahana rotates each week, but I assume that – similar to how it was with Nava Tehila – it is generally a lively playing of Shabbat songs with lots of singing along and dancing from the audience. This past week, there was quite a crowd for the welcoming of Shabbat, and it was a lot of fun to see all the people and families there – happy to enjoy the music and excited for Shabbat! 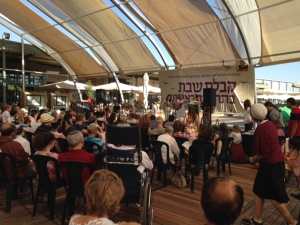 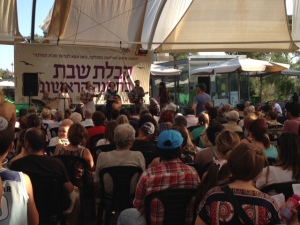 Beyond the music and events, the Tahana also features rotating art exhibits… 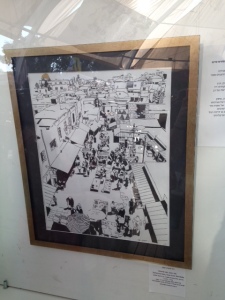 …stores where you can by Jerusalem gifts, jewelry, and knick-knacks… 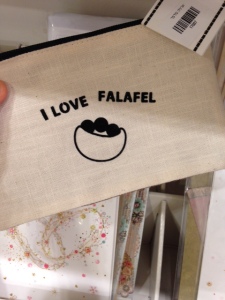 …and, during the summer, a daily arts and crafts fair as well as a farmers’ market on Fridays: 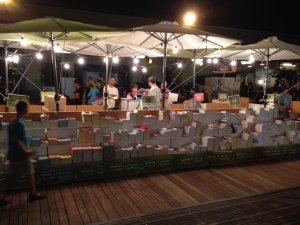 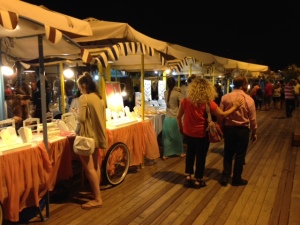 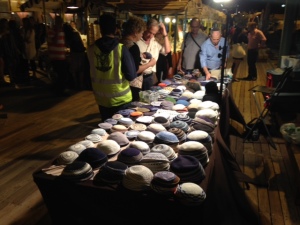 Overall, the Tahana is a great spot for pretty much any activity, and I’m definitely planning on visiting more of the restaurants and taking advantage of more of the cultural activities in the near future!