Last weekend, Noah and I took a trip to Two Harbors. Two Harbors is a town in Northern Minnesota along the shore of Lake Superior. It’s about a three-hour drive from Minneapolis, and we headed up there Thursday afternoon.

If you have a guide book to Two Harbors (or Google search restaurants…this is the 21st century after all), you are sure to be directed to Betty’s Pies. According to their website, they are world famous. I can’t verify that, but it was listed highly in the Moon guidebook for Minnesota, Yelp, and TripAdvisor.

Since Betty’s Pies was a bit south of the lodge where we were staying (and therefore on our way), we stopped on the way up. 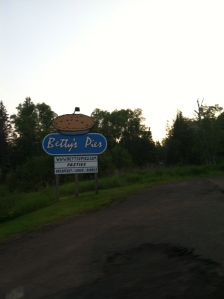 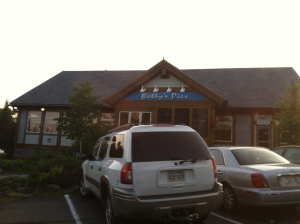 We had to wait a few minutes for a table, so I checked out their swag shop: 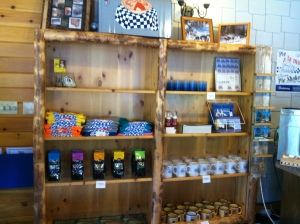 I could have bought one of these babies: 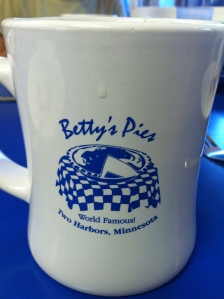 After being seated, we checked out the menus and pie case: 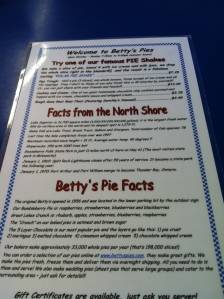 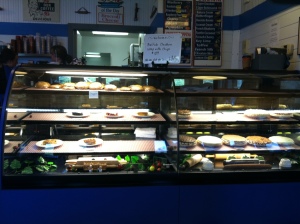 The ‘real food’ menu was surprising extensive with a wide selection of sandwiches, burgers, and pasties (sort of mix between a pot pie and a calzone). The decor was very diner-esque, and the pie theme was played up through decorative rolling pins on the walls: 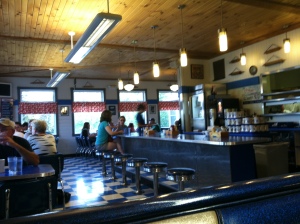 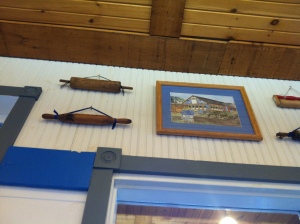 After much deliberation, I settled on a chicken and pepperjack cheese sandwich with onion rings, and Noah ordered a turkey sandwich with fries: 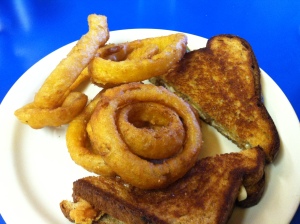 Since Betty’s is a pie joint, we obviously had to try some. I ordered the five layer chocolate (crust with dark chocolate, cinnamon meringue, whipped cream, and chocolate whipped cream), and Noah ordered blueberry: 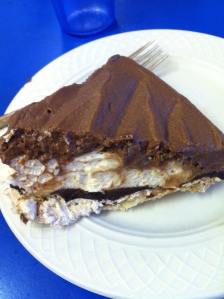 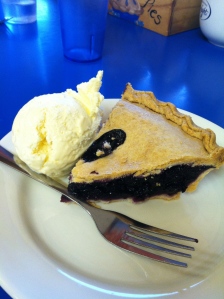 Unfortunately, the pie was a little disappointing. I liked the meal a lot better than the dessert. At first I thought it might be because I’m not really a ‘pie-person,’ but Noah is a certified pie-lover and he agreed. So…if you’re in Two Harbors, give it shot. But if you’re traveling the world in search of great pie (someone out there, I know this applies to you), you can probably skip this spot.